The 1994 presidential and parliamentary elections in the Autonomous Republic of Crimea were the first and last time such elections were held on the peninsula. Controversial at the time, the elections and subsequent political developments laid one of the earliest foundations of the current Russian-Ukrainian political crisis. The elections were held not long after the short-lived declaration of independence in 1992 and the subsequent reconfiguration of the status of Crimea as a constituent entity within Ukraine. The presidential election was won handily by pro-Russian separatist candidate Yuri Meshkov, whose election platform consisted mainly of promises to pursue political and economic integration with Russia. Following closely on the heels of Yuri Meshkov’s victory on a pro-Russian ticket were the Supreme Council of Crimea elections of March 27, 1994, held concurrently with the parliamentary elections of Ukraine. As during the presidential elections, a majority of voters sided with pro-Russian parties and coalitions, led by Yuri Meshkov’s Bloc Russia, which won 54 seats out of a possible 100.

The collection contains rare election ephemera from the two most politically consequential elections in Crimea, setting the future tone of and presaging the coming international crisis 20 years later that resulted in Russia’s annexation of the peninsula from Ukraine. It allows researchers unique insight into the changing political mood in Crimea as it was happening. Special thanks to the University of Michigan Library for providing the source materials in this collection.

This is the most comprehensive collection of election related ephemera and primary source material documenting the contentious Ukrainian Rada elections of October 28, 2012. It contains over 12,000 pages of unique print materials collected by East View researchers in Kyiv, Kharkov, Simferopol, Crimea and elsewhere throughout Ukraine. Given the extensive use of print material by party-affiliated and independent candidates alike, designed to shape the election narrative in a low-information setting, the present collection of election ephemera becomes an important resource for understanding the underlying political and social dynamics of the 2012 Ukrainian Verkhovna Rada elections. 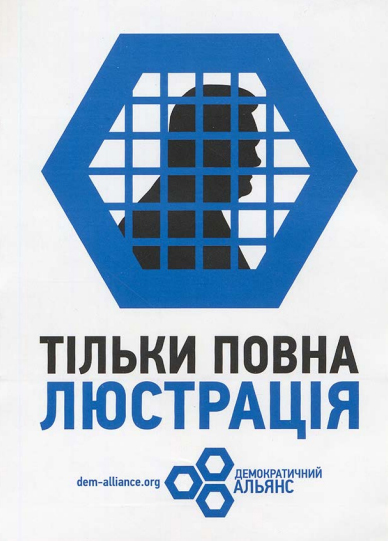 The present collection represents the most comprehensive collection of ephemera and primary source material from the Euromaidan protests that rocked Kyiv beginning on November 21, 2013. The collection contains over 500 pages of unique print materials collected by East View researchers at Kyiv’s Maidan Nezalezhnosti, the epicenter of the protests. East View’s one of a kind collection provides researchers and analysts with easy, time- and cost-saving access to important documents, on-the-scene photographs, and various other print materials, which in turn would allow researchers to reconstruct the complex social and political dynamics at play during the protests with better precision. 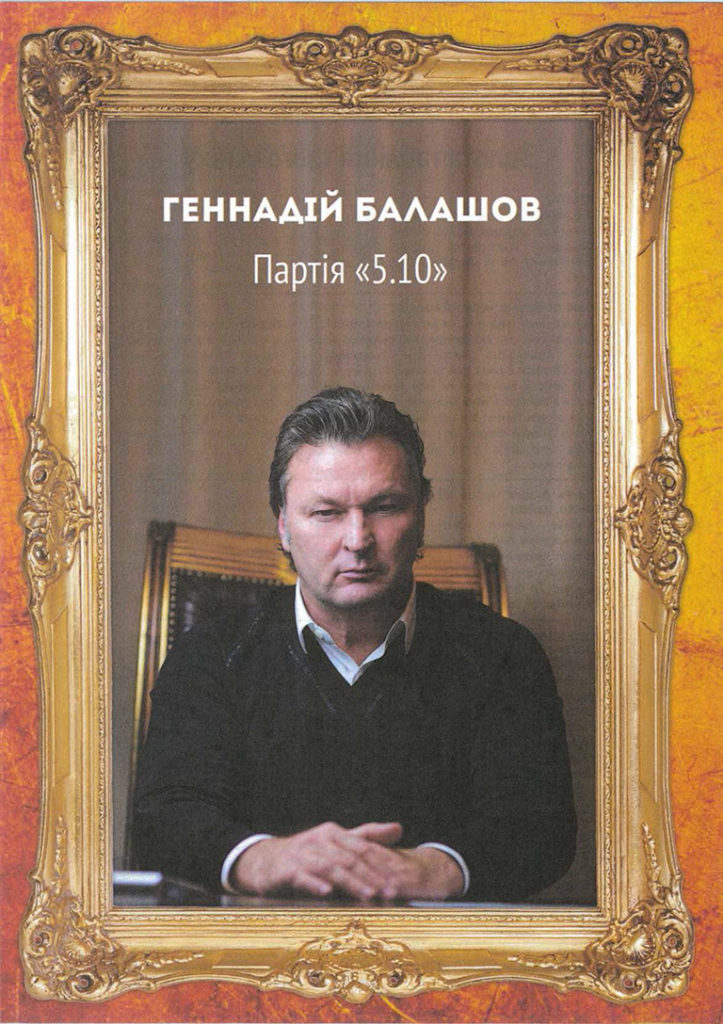 Much like the early Presidential Elections of 2014, the 2014 snap elections of the Verkhovna Rada marks a new era in Ukrainian politics. The composition of the new Rada is arguably the most reformist-minded as well as the most pro-Western since the Ukrainian independence. Despite the political and military setbacks and the general political instability in the country due to the war in the East and the annexation of Crimea, the elections were not marred by significant violations. Leading domestic and international election monitoring organizations were nearly unanimous in issuing a clean bill of health albeit with a number of important caveats and suggestions. Whether the present Verkhovna Rada is going to be able to strengthen the institutions designed to cushion the impact of radical economic and political transformations is a question in search of answers. 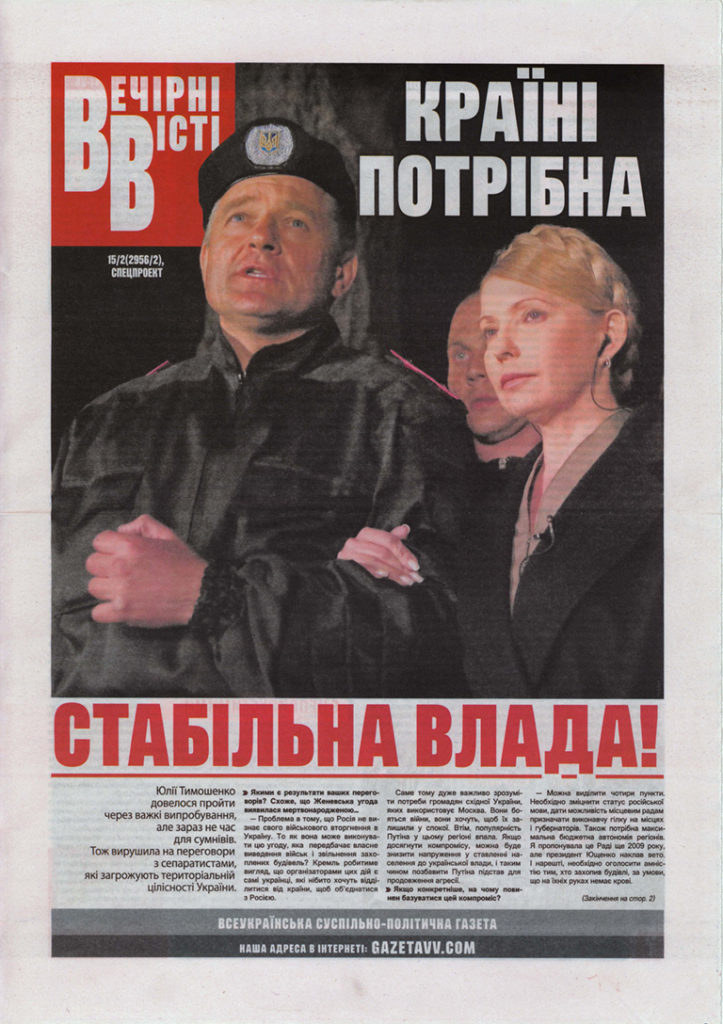 A one of a kind collection of presidential ephemera from the May 2014 Early Presidential Election in Ukraine. It includes thousands of pages of scanned and digitized print materials collected by East View researchers in Kyiv and elsewhere in the days leading up to the elections. It allows researchers and analysts to reconstruct the election process, gain invaluable insight into the main thematic preoccupations and ideas formulated by candidates in a time of profound national crisis, and assess the election process and its results from primary sources. 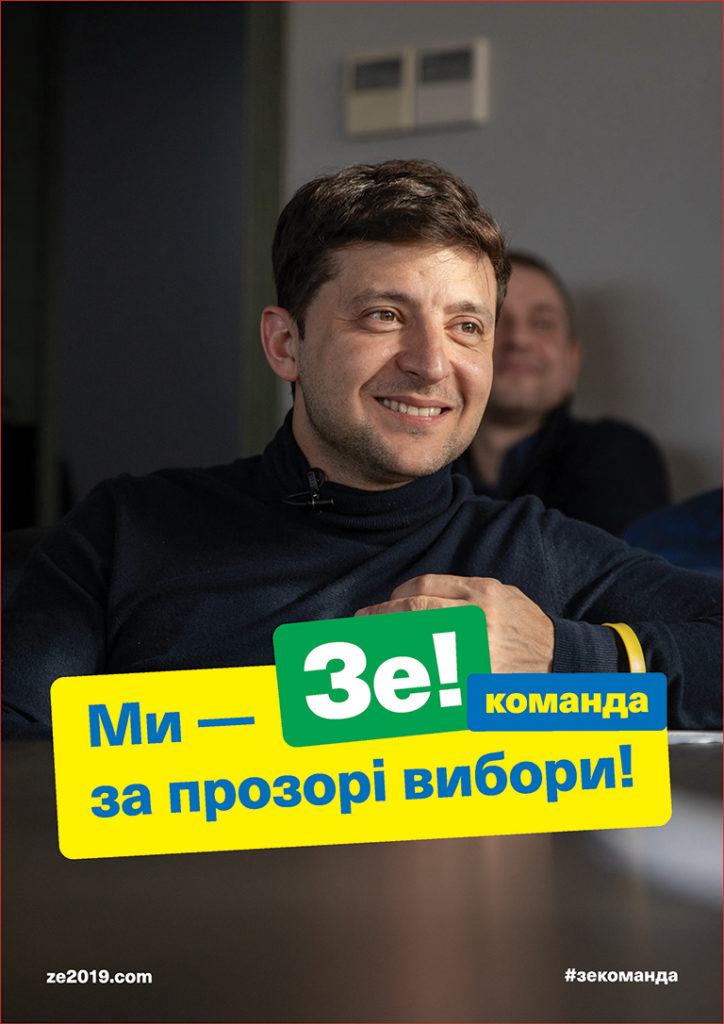 In the 2019 Ukrainian presidential elections, the first round fielded some 39 candidates, the largest group of candidates to ever run for presidency since the country’s independence. The spread of the field and the general competitiveness of the elections guaranteed that none of the candidates would garner the necessary percentage points to win the elections outright. However, even before the results of the elections were announced it was becoming obvious that the main battle for the presidency was to be waged between Volodymyr Zelensky, a former TV personality, and incumbent Petro Poroshenko, who earned 30% and 16% of the votes, respectively. The run-off, which took place on April 21, was a three-to-one margin rout of the incumbent, with Zelensky earning 73.19% of the votes to Poroshenko’s 24.48%.

Carefully selected by East View’s researchers and fully searchable, the present collection consists of ephemera produced by candidates during the election season. It allows researchers and analysts specializing in Ukraine’s post-Soviet democratic development the opportunity to glean unique insights into the political discourse of a country that finds itself positioned on the frontlines of a new geopolitical rivalry between Russia and the West. 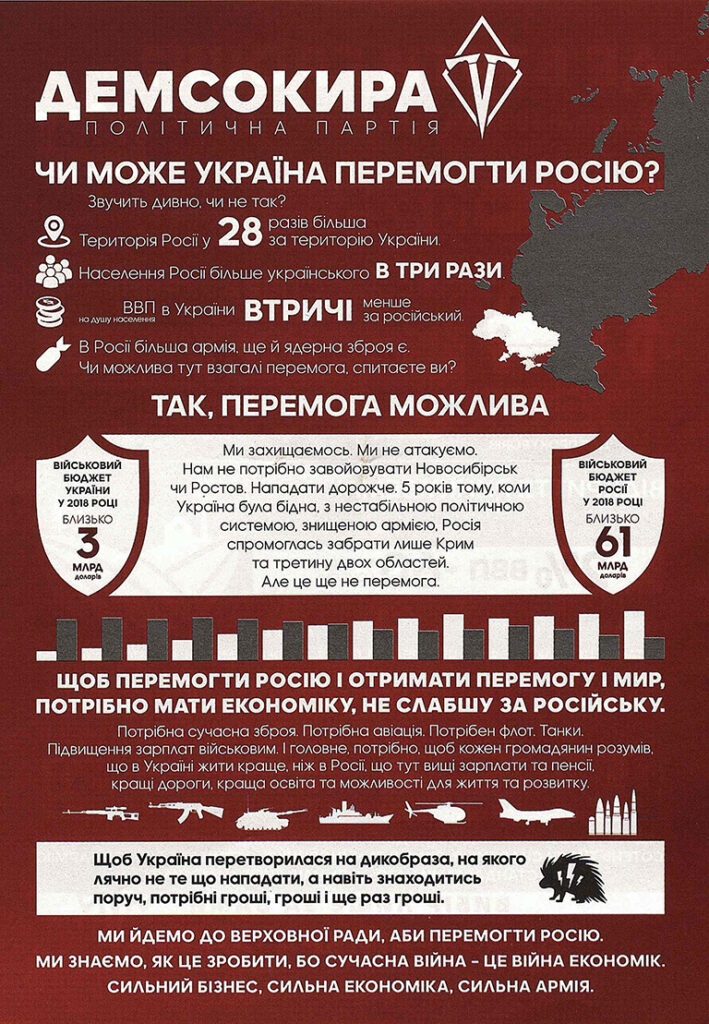 The Early Parliamentary Elections that took place in Ukraine in July of 2019 were held not long after the spring presidential elections, which shook up the political scene in Ukraine after the resounding victory of Volodymyr Zelensky, an actor turned politician. The regular Verkhovna Rada elections were scheduled for the fall of 2019, however, immediately following his inauguration, the new president moved to disband the parliament, simultaneously calling for snap elections. The elections were held on July 21, 2019 amid Ukraine’s ongoing conflict with Russia, a stagnating economy, and burgeoning corruption – the foremost factors on voters’ minds as they headed to the polls. Nearly all candidates running for Verkhovna Rada promised to address these and similar issues during the election campaign. As a result of the elections, the party of the president Sluha Naroda (Servant of the People) gained 254 seats out of the possible 450, a clear majority.