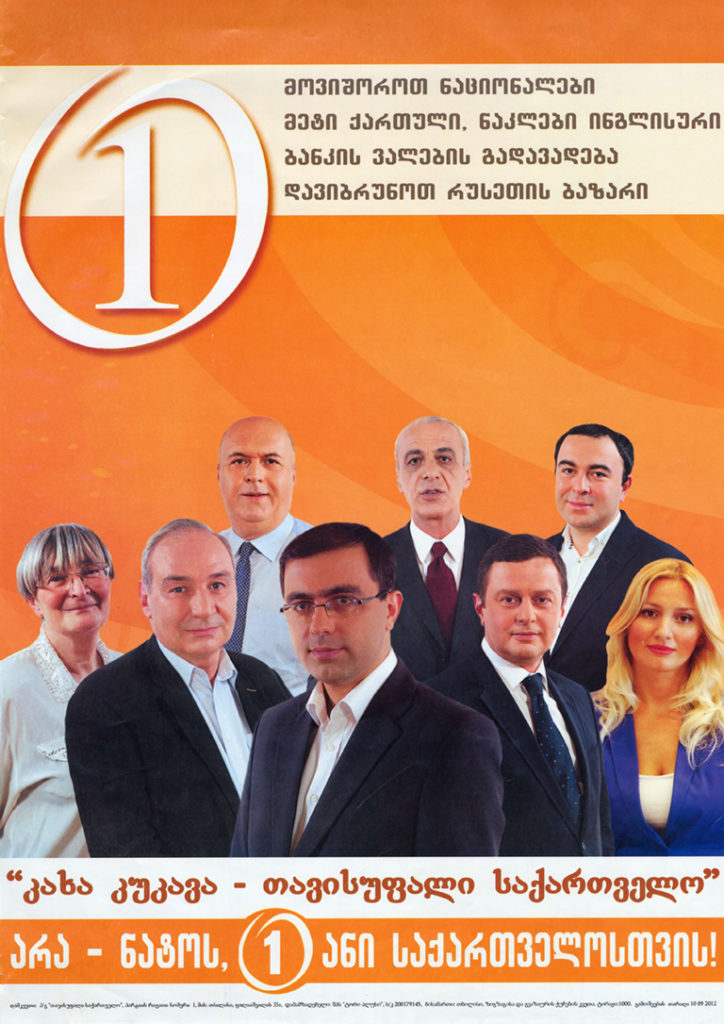 The present collection represents the most comprehensive collection of election related ephemera and primary source material documenting the Georgian parliamentary elections of October 1, 2012. It contains thousands of pages of unique print materials collected by East View researchers in Tbilisi and other Georgian cities. Given the extensive use of print materials by both opposition and establishment the present collection of campaign materials provides an invaluable insight into Georgia’s political life prior to and during the contentious elections. 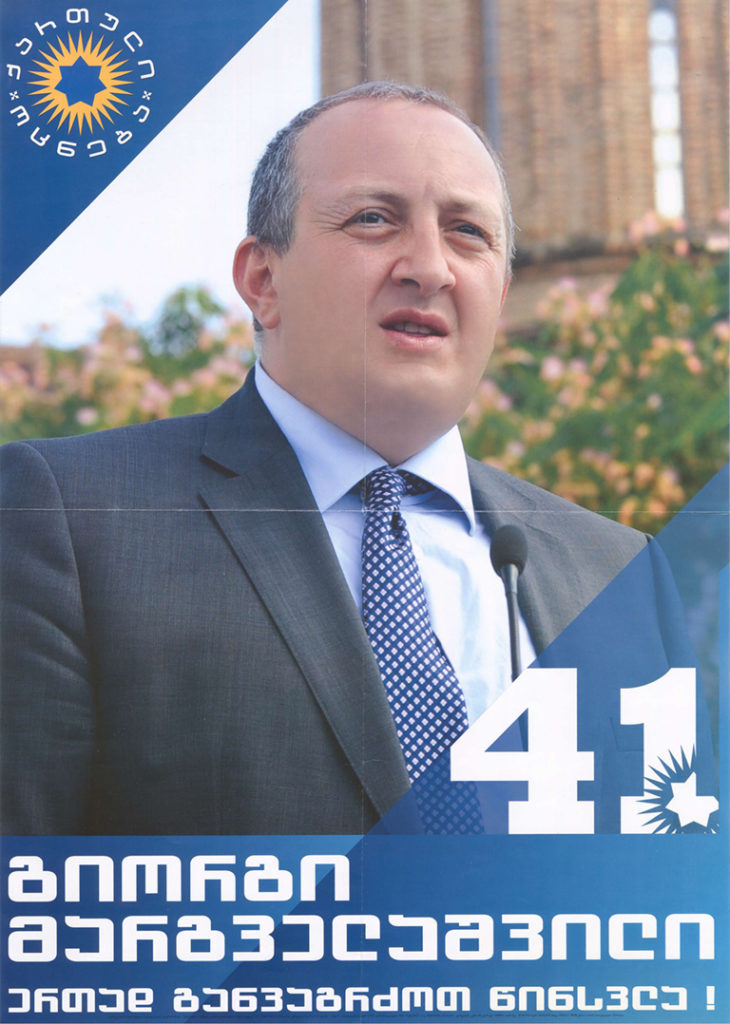 The October 27, 2013 presidential election in Georgia was held in a political atmosphere that was highly charged, the result of years-long acrimony between the Mikheil Saakashvili led United National Movement and the opposition coalition led by the Georgian Dream party of Bidzina Ivanishvili. The 2013 election thus was a further solidification of the democratic processes in the country, which has fared far better on democratic governance indicators compared to its Southern Caucasus neighbors Armenia and Azerbaijan. The present collection includes flyers, leaflets, political programs, and various other ephemera by candidates as they tried to win support for their campaigns, representing a valuable trove of primary source material. 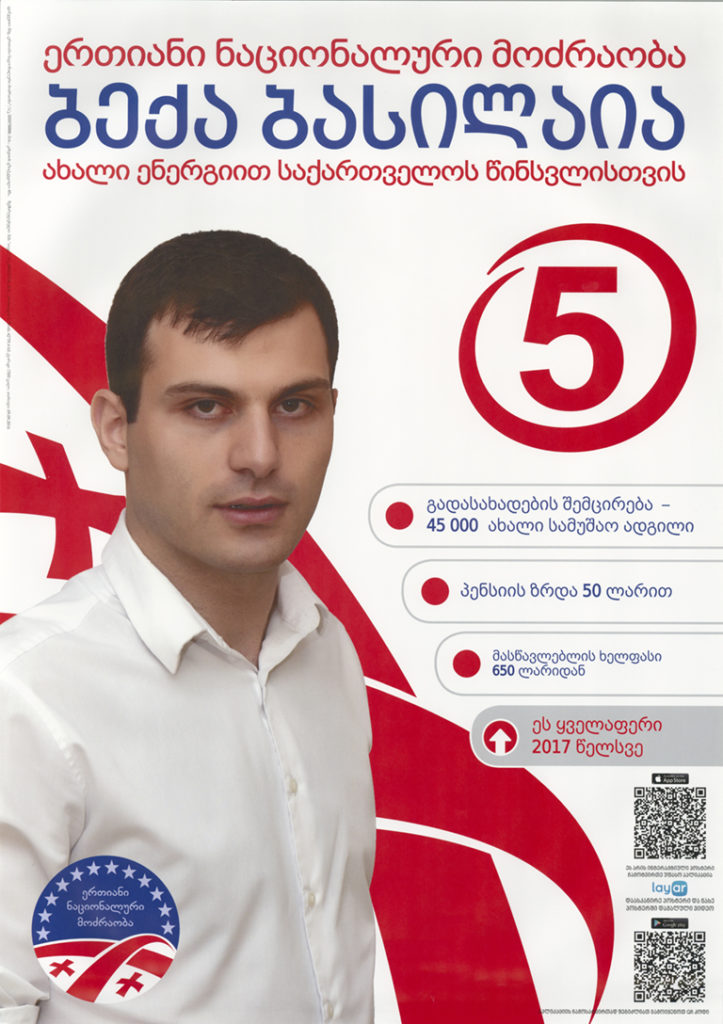 The unceasing mutual recriminations by the country’s two leading parties was compounded by the underperforming economy and the fast-rising cost of living, creating a politically charged electoral environment. Despite these and similar challenges, however, the elections were assessed by international observers to be free and fair.

The 2018 presidential election in Georgia took place amid growing tensions between the ruling party and the opposition coalition. Although the elections fielded a total of 25 presidential candidates that met the requirements of the Election Administration of Georgia, the main competition was between Salome Zourabichvili, the charismatic repatriate former diplomat from France, and Grigol Vashadze, the former Minister of Foreign Affairs and the candidate of the opposition party United National Movement. As expected by the popular mood and a series of exit polls conducted by independent polling organizations, none of the candidates garnered 50% +1 votes to claim outright victory, which meant the elections would be decided in a two-person run-off between Zourabichvili and Vashadze, the two highest scoring candidates. Here too the results were largely unsurprising with Zourabichvili outclassing Vashadze by 19 percentage points, becoming the first woman president in Georgia and the Caucasus region. The 2018 Presidential Election collection comprises leaflets, flyers, special election issue newspapers and other election ephemera. 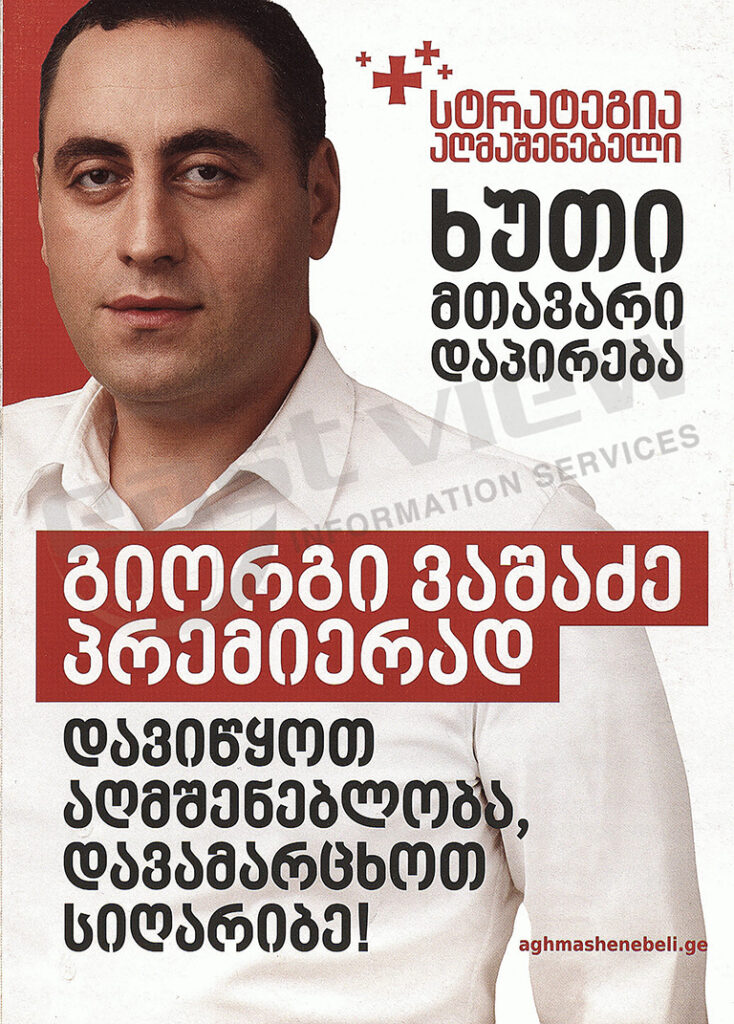 The parliamentary election in Georgia in the fall of 2020 were held at the height of the global pandemic caused by the COVID-19 virus and in the middle of a prolonged domestic political crisis that has beset Georgia for the past several years. As expected, the ruling party in power, the Georgian Dream (ქართული ოცნება) led by Prime Minister Giorgi Gakharaia, won the elections guaranteeing a majority sitting in the parliament with coalition forces (six parties overall) that joined forces to stave off a strong challenge from the united opposition led by sympathizers of the former president Mikheil Saakashvili and his party – United National Movement.

Collected by East View researchers on site in Georgia, this collection consists of the most comprehensive election ephemera from the 2020 Georgian Parliamentary elections. The carefully selected and curated posters, flyers, leaflets, brochures, and booklets provide insight into the ever-changing political landscape and social processes afoot in the post-Soviet South Caucasus.