Available collections (see below for details) 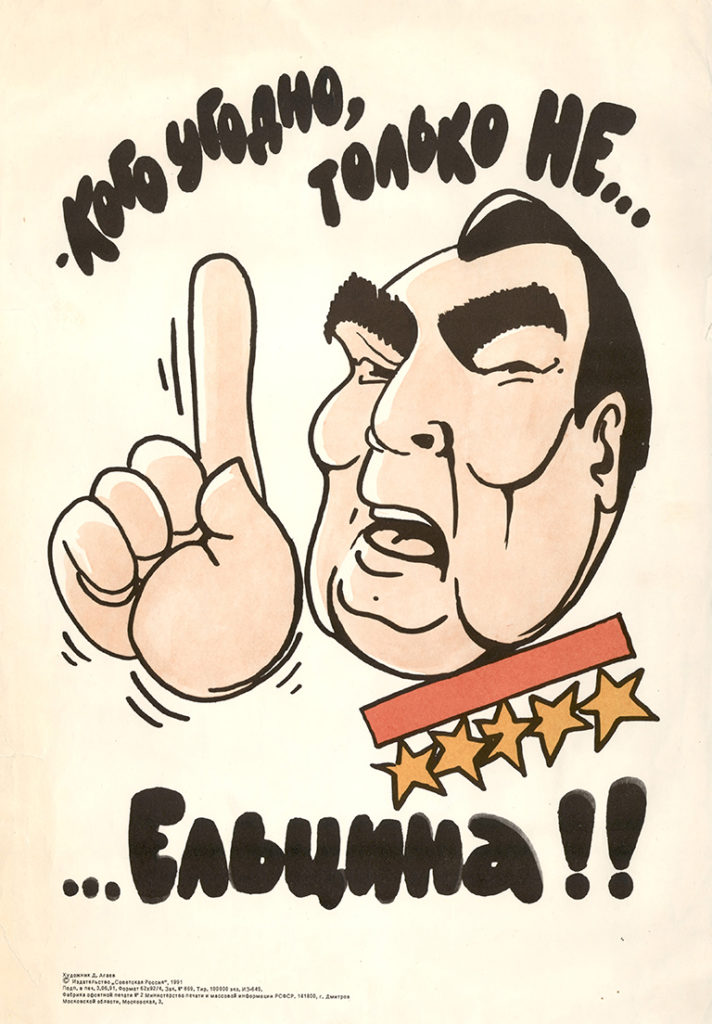 This digital collection contains primary source materials of various kinds, ranging from samizdat newspapers to flyers to posters to booklets and brochures from 1989 to 1993, encompassing a period of unprecedented social and political activism that was being propelled forward in large part through the proliferation of print material much like the ones to be found in the present collection. Thus, the materials presented in the collection offer students, researchers, and historians an unrivaled insight into the changing political discourse in the Soviet Union as it was grasping for air as well as the new and varied political voices that were to shape post-Soviet Russia’s political, social, and cultural landscapes. 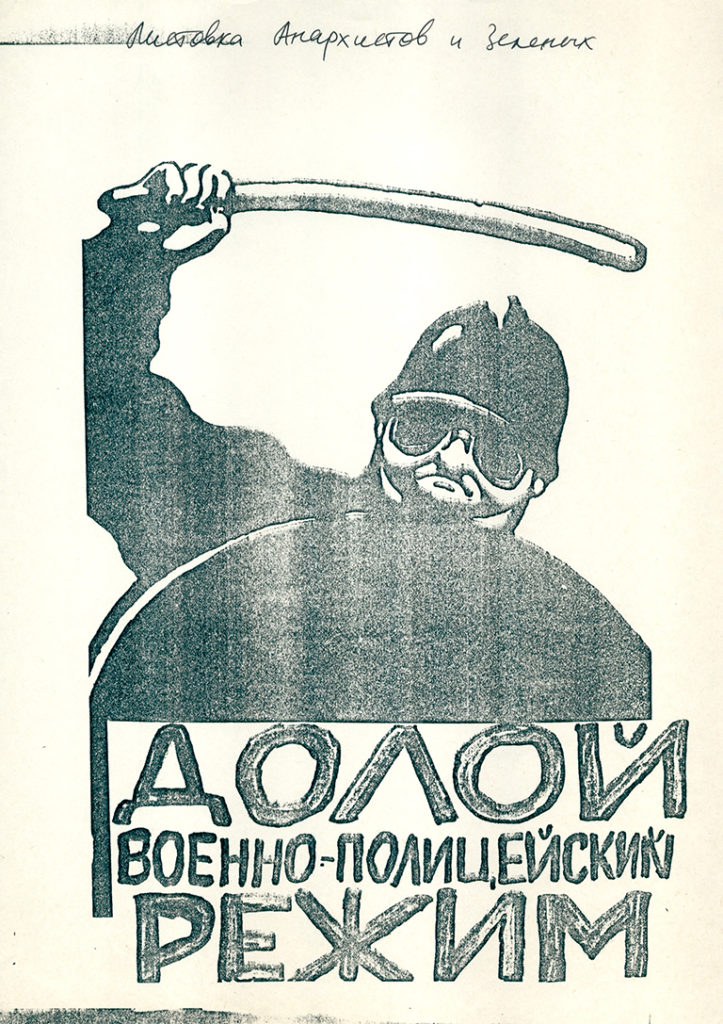 The 1991 coup d’état attempt by senior Soviet government officials spearheaded by the head of the KGB Vladimir Kryuchkov, was a short-lived and ill-fated attempt to reverse political and economic reforms initiated by Mikhail Gorbachev by removing him from power. The three-day political crisis that came to be known as the August Coup would, however, hasten rather than stave off the collapse of the Soviet Union.

This collection contains a variety of unique documents and ephemera produced during the heady days of the August Coup. The collection includes official telegrams issued by the GKChP, newspapers published by the opposition, samizdat leaflets, flyers, and posters produced by and for the people on the streets that provide one of a kind visual and textual insight into the events as they were unfolding.

The April 25, 1993 Russian Federation referendum comprised of a set of 4 questions, asking Russian citizens 1) Whether they trusted the Russian President Boris Yeltsin; 2) Whether they approved of the social and economic policies implemented by the President and the Russian government; 3) Whether they deemed it necessary to hold snap presidential elections; and 4) Whether they deemed it necessary to conduct snap parliamentary elections. The results of the referendum, unexpected by observers at the time, was a boon for the embattled Yeltsin. Seeing the results as a vindication of his policies, (with voters largely backing his position), and by extension a repudiation of the Parliament, he would go on to harden his political resolve further. The result was the full-blown Constitutional crisis of the fall of the same year that would end in the shelling of the building of the Parliament by the Russian military.

This collection contains leaflets, newspapers, flyers, posters, etc. that were designed and produced in the days and weeks leading up to the referendum with the aim of swaying voters in a low-information setting. As such they provide a unique visual and textual insight into the polarized political discourse of the era, enabling researchers and historians of modern Russia unprecedented access to primary source material unavailable elsewhere. 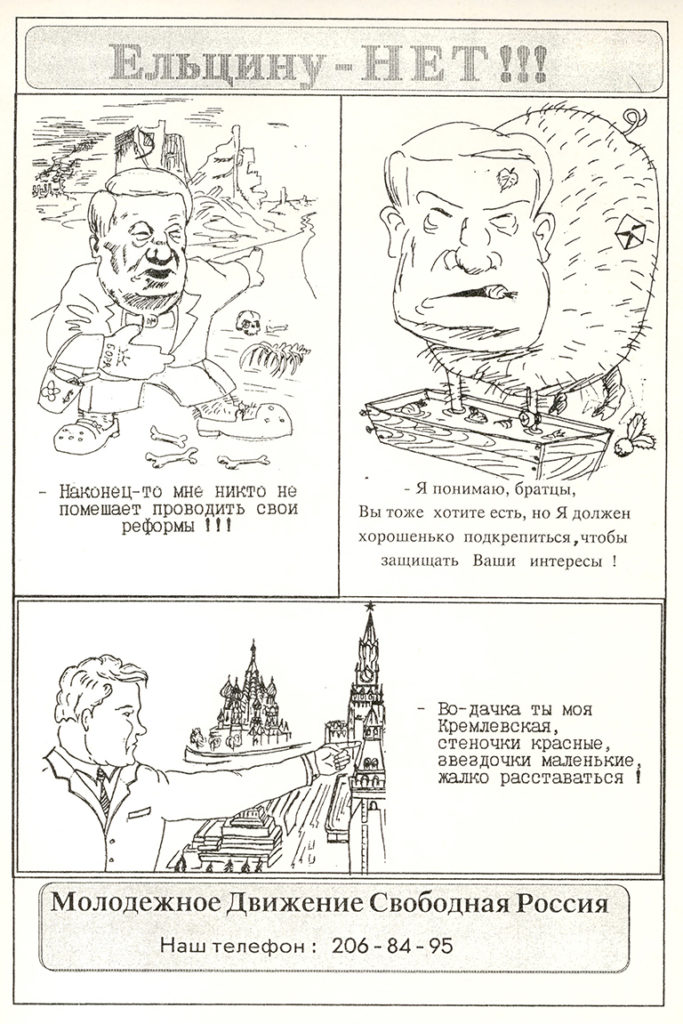 The 1993 confrontation between Russian President Boris Yeltsin and the Russian parliament, referred to in the West as the 1993 Constitutional Crisis in Russia, was one of the most consequential political development in the early days of post-Soviet Russia. Ending in bloodshed and ultimately in Boris Yeltsin’s victory over his political rivals, the crisis turned violent shortly after Yeltsin’s initiative to dissolve the Congress of People’s Deputies and its Supreme Council on September 21, 1993 despite the absence of such a legislative provision in the Russian Constitution.

This collection contains rare flyers, leaflets, newspapers, documents and other ephemera produced during the heady days of the conflict by the conflicting sides. As such it allows researchers a unique insight into the crisis as it was unfolding with participants trying to shape and steer the narrative in their favor. 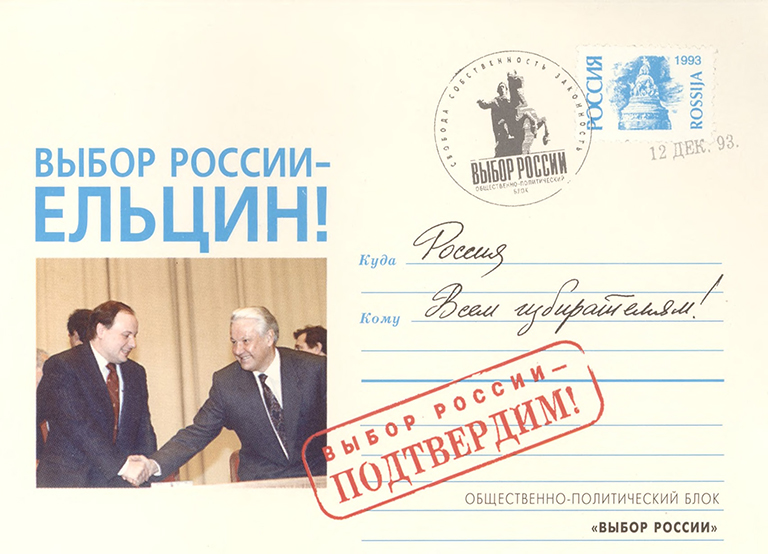 The 1993 Legislative elections in Russia were held on December 12, several months after the Constitutional Crisis sparked by Russian president Boris Yeltsin’s dissolution of the parliament and the ensuing military standoff that resulted in the death of nearly 200 people. Despite the bloody events that occasioned the 1993 elections, they were to be the first direct popular elections in modern Russian history. Its significance was as much symbolic as it turned out to be politically and socially consequential. The question entertained in many observers’ minds were the following: Would Russia be able to break free from its communist past? Would this breakage be substantive and irrevocable? Would it transform Russia’s political culture, and if so, to what extent?

This collection contains rare and unique materials from one of the most tumultuous and important periods in modern Russian history. The collection is comprised of flyers, leaflets, posters and a range of other ephemera that allows researchers and historians an important insight into the electoral material produced with the purpose of shaping and influencing Russian voters at the ballot box during elections that would set the tone of Russian politics for the years to come. 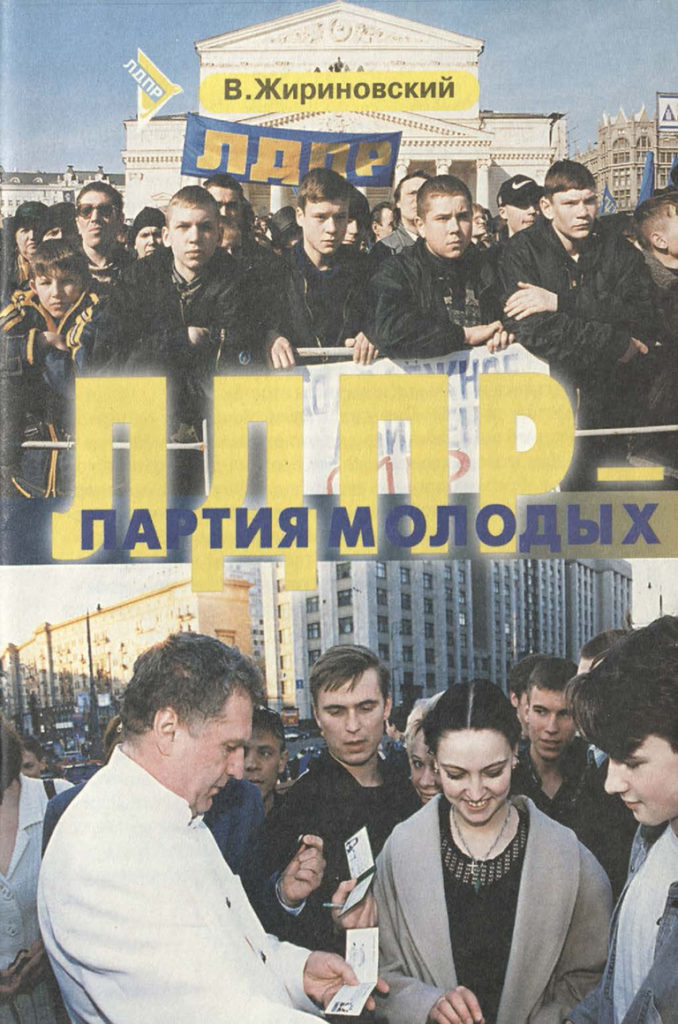 The 1999 Parliamentary elections in Russia took place in the context of Russia’s deteriorating economy due to the financial crisis of 1998 that saw the rapid inflation of the ruble, the ballooning of foreign debt, and financial mismanagement by Russian banks. The crisis further deepened country’s political instability in combination with Boris Yeltsin’s chronic poor health and his ever-growing unpopularity. The elections were seen from the onset as a challenge to Yeltsin’s rule with many opposition figures taking advantage of his inability to campaign and the intense unpopularity of the party in power. Additionally, the State Duma elections were seen as a prelude to the upcoming (originally scheduled) June 4, 2000 Presidential elections thus significantly raising the stakes. The elections also set the stage for the meteoric rise of Vladimir Putin despite the fact that he was not even on the ballot. Having served as Prime Minister since August of 1999, Putin was uniquely positioned to become Yeltsin’s parting gift in the wake of the defeat of his party in the polls. Having shaped much of the Russian political life in the wake of the collapse of the Soviet Union, Yeltsin set out to change it radically by relinquishing his presidency on New Year’s Eve 1999, in large part due his party’s dismal showing at the polls, and by appointing Vladimir Putin as acting President.

The present collection contains rare ephemera from the State Duma elections of 1999 providing a unique insight into the changing political landscape of Russia during one of its most politically turbulent periods since the collapse of the Soviet Union. 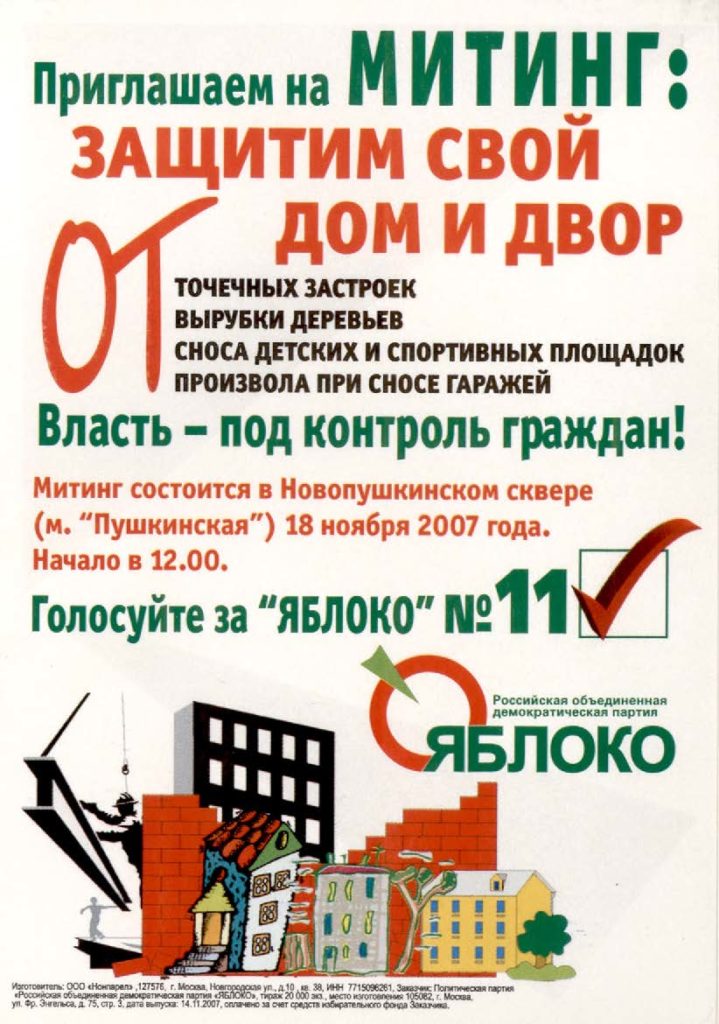 The Russian State Duma elections of 2007 took place on December 2 amid what The Economist called “Russia’s booming economy,” driven in large part by the unprecedented rise in the oil and gas prices as well as robust growths in the manufacturing, construction, and trade sectors. Having successfully transitioned from the Yeltsin era economic stagnation and political instability, Russia experienced a period of relative political stability only to be overshadowed by the growing authoritarianism of its leader—President Vladimir Putin. Of the 16 political parties registered to participate in the elections only 11 met the Central Election Commission requirements allowing them to field candidates for the elections. As predicted by many observers United Russia, led informally by Vladimir Putin, garnered the majority of the votes with Gennady Zyuganov’s KPRF and Vladimir Zhirinovsky’s LDPR coming in distant second and third respectively. The overall assessment of the elections by observers, both local and domestic, were near identical – the elections, though conducted more efficiently than in previous years, were neither fair nor free. The most common charge concerned the use of administrative resources deployed by the party in power. The media field, often lacking editorial independence, was generally in favor of United Russia. United Russia’s win set the stage for the following year’s presidential elections that saw the emergence of the Putin-Medvedev “tandemocracy,” the power-sharing arrangement guaranteeing Vladimir Putin’s hold on power. 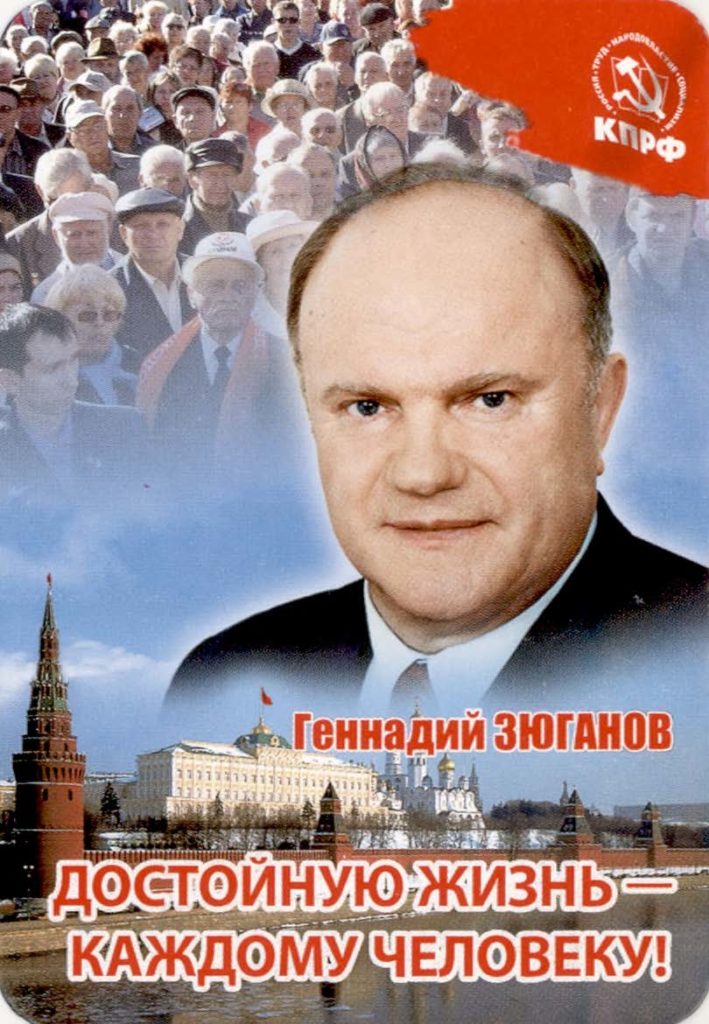 The March 2, 2008 Russian presidential election took place at the height of Russia’s unprecedented economic boom and resulted in the victory of Vladimir Putin’s designated successor – Dmitry Medvedev. Medvedev’s election, unsurprising as it was, had less to do with his political acumen or his performance as a Prime Minister than the popularity of his predecessor. After a brief flirtation with democracy in the aftermath of the collapse of the Soviet Union, Russia under Putin was on a different developmental trajectory, its population favoring political stability and economic growth over essential democratic ideals and practices. With the chaotic Yeltsin years was still fresh in in people’s memories, the robust economic growth helped screen governmental shortcomings and distract from the increasing centralization of power.

The reports from election observers, to the extent such observation missions were conducted, was almost universally negative, except for pro-Kremlin observation missions. OSCE/ODIHR, one of the largest organizations to deploy observers, boycotted the elections entirely, citing undue restrictions by the Russian government over its broad-based mission to observe elections. Notwithstanding the various irregularities and complaints lodged by opposition politicians and activists, Russian Central Election Commission recognized the validity of the elections formalizing Medvedev’s victory, although the head of the CEC Vladimir Churov would reluctantly admit that the election coverage in the media was not equal, favoring the ultimate victor.

The present collection contains unique election ephemera from one of the most important elections in Russia’s recent past. The collection includes hundreds of pages of material comprising leaflets, posters, special election issue newspapers, candidate election programs, etc. As such it allows researchers to gain unique insights into Russian electoral politics notwithstanding their ultimately flawed nature. 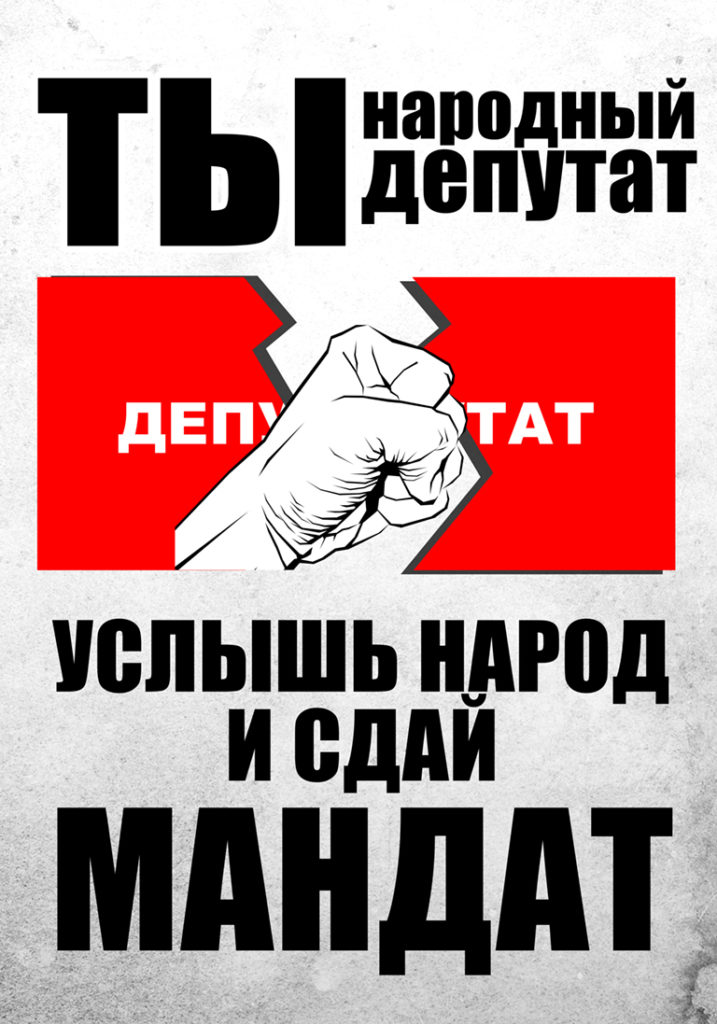 Ephemera produced by candidate campaigns, citizens, and the Russian government, gathered during and after the election period by East View on site. 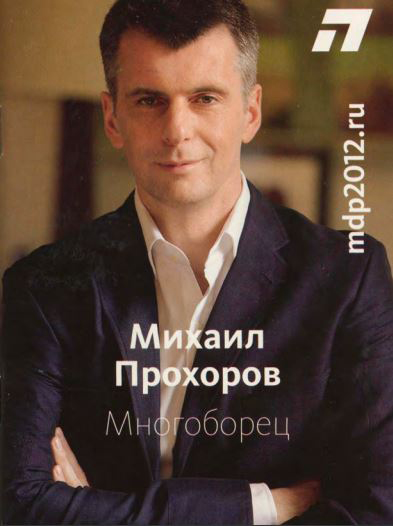 This collection covers the Russian presidential elections of March 4, 2012. It contains thousands of pages of unique print materials collected by East View researchers in Moscow and other Russian cities. This one of a kind collection provides researchers easy, time- and cost-saving access to the documents and propaganda materials of this important period of Russian political life. Given the extensive use of print material by both opposition and establishment the present collection of election ephemera becomes an invaluable resource for understanding the underlying political and social dynamics of the 2012 Russian presidential election. 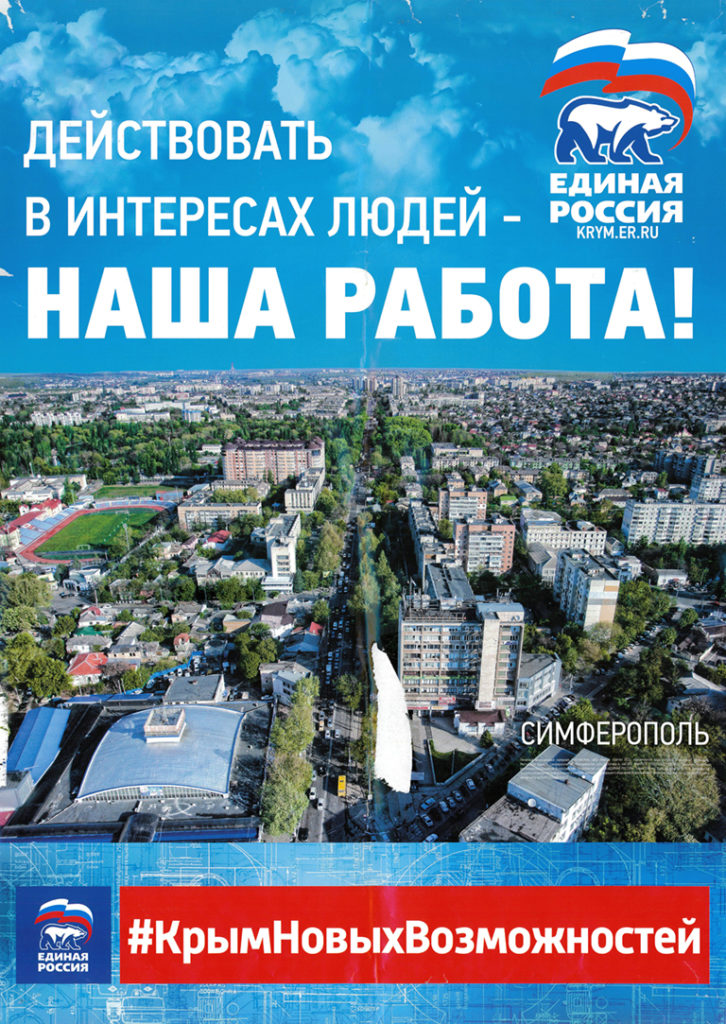 The September 18, 2016 State Duma elections in Russia were the first general elections since the Russian annexation of Crimea and Russian military intervention in Syria. As such they took place against the background of Western-imposed economic sanctions, rising Russian nationalism, and a general anti-Western mood prevalent in the media and the society at large. It also meant that for the first time Crimea would participate in the elections, leading to condemnation of the vote by Ukraine and non-recognition of the elections as legitimate by a string of Western powers, such as the US, Great Britain, France, Germany and others. Notwithstanding these various dynamic developments on domestic and foreign policy fronts the elections were an unusually dull affair with rare and unpronounced surprises. 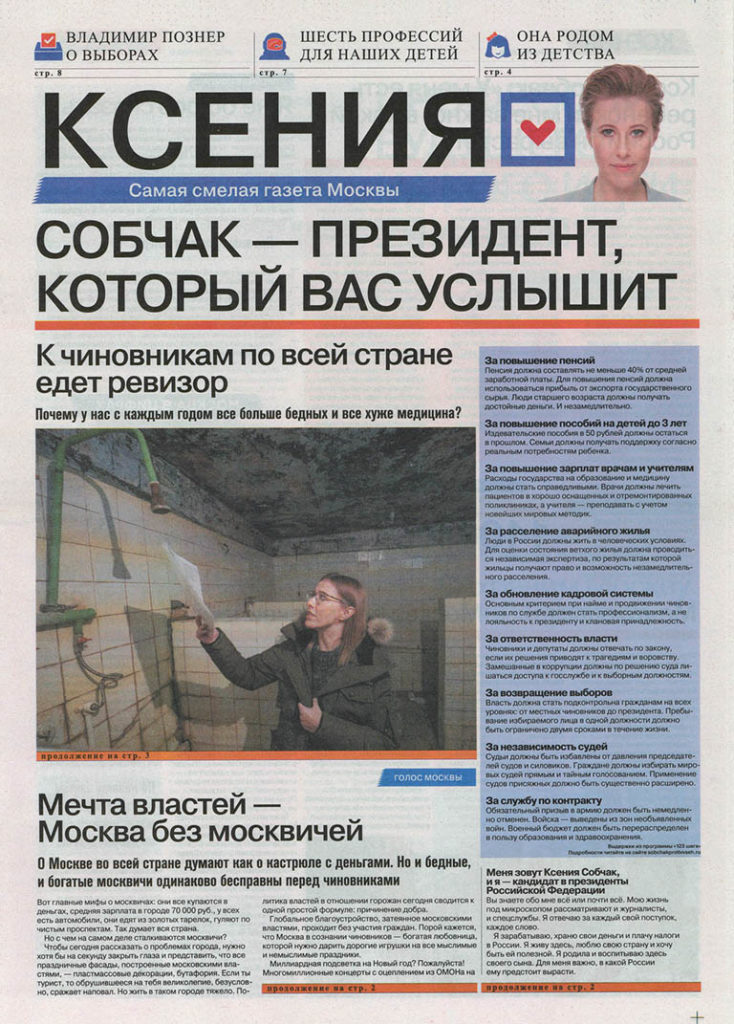 The latest round of Russian presidential elections was held on March 18, 2018. Unsurprisingly, Vladimir Putin was elected president with nearly 77% of the vote, however, there were seven other candidates. Alexei Navalny, not allowed to participate due to his past criminal conviction, redirected his efforts towards boycotting the elections altogether. This collection includes all of this documentation, plus, photos inside polling stations and of ballots, including those with handwritten notes of protest, and notices that candidates concealed financial assets abroad, and more.