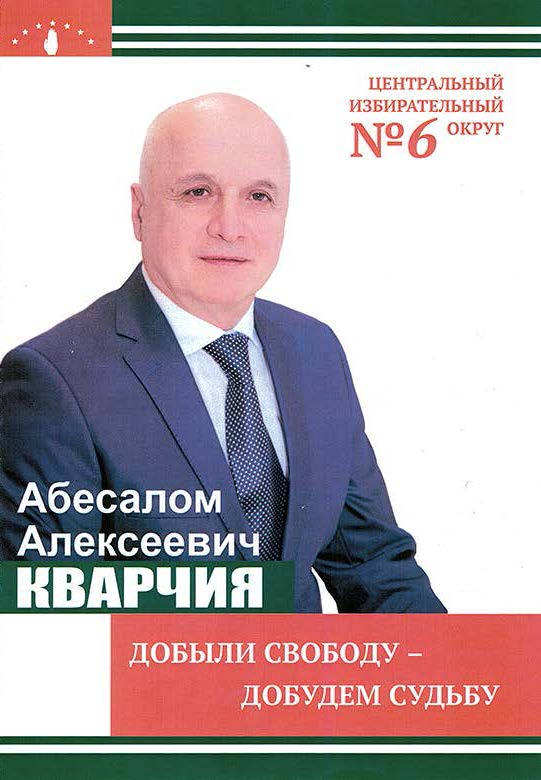 The 2017 parliamentary elections held in the self-proclaimed Republic of Abkhazia on March 12 were followed by a run-off on March 26. The elections took place against the background of the unresolved conflict with Georgia and in the context of tense Georgia-Russia relations. Since Abkhazia is a self-proclaimed state, international organizations usually tasked with monitoring elections were absent. There were however observers from Russia and such de facto states as Nagorno Karabakh, South Ossetia, Donetsk People’s Republic, etc. News reports from the region as well as observations from East View researchers noted that the elections were generally peaceful with no major excesses marring the process.

On the day of the elections, the Ministry of Foreign Affairs of Georgia issued a terse statement condemning the elections: “On 12 March 2017, so-called parliamentary elections are being held in the occupied Abkhazia region of Georgia. This act represents yet another attempt of legitimization of consequences of several waves of ethnic cleansing, military invasion, occupation and lasting aggression by Russia against the Georgian statehood. Hence, according to the international law, any so-called elections or referendum in the occupied territories of Georgia are illegal and cannot have any legal effect.”

This collection contains ephemera collected by East View’s researchers in the days leading up to the parliamentary elections in the self-proclaimed Republic of Abkhazia on March 12, 2017. The collection includes newspaper, flyers, and leaflets containing valuable information on the political life in Abkhazia in the context of Russo-Georgian geo-political confrontation.