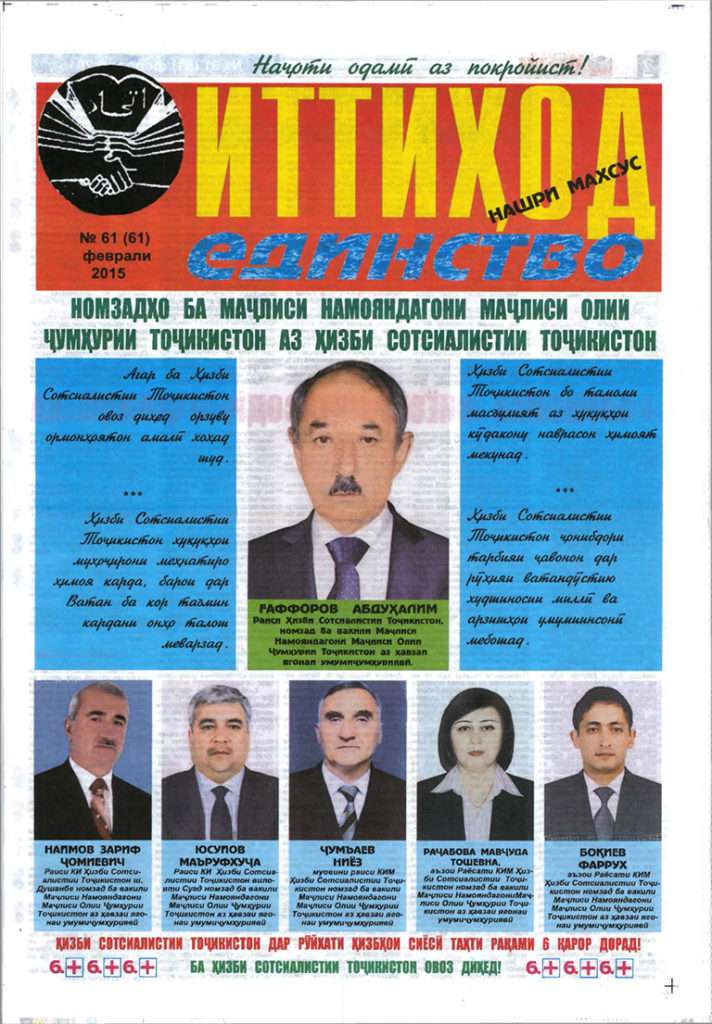 The results of the March 1, 2015 Parliamentary Elections in Tajikistan were never in doubt. As in previous elections, the ruling People’s Democratic Party (Hizbi Khalqī-Demokratī Tojikiston) which has the backing also of the country’s autocratic president Emomalii Rahmon, came on top with over 65% percent of the votes. Although there were additional 7 parties represented in the elections, they were never in competition for a majority representation, although some of them did indeed gain seats in the new parliament. A large part of the reason for the poor showing of the other parties was due to the restrictive campaigning environment that “failed to provide a level playing field for candidates,” characterized by “restrictions on the right to stand, freedoms of expression and assembly, and access to media limited the opportunity to make a free and informed choice.” 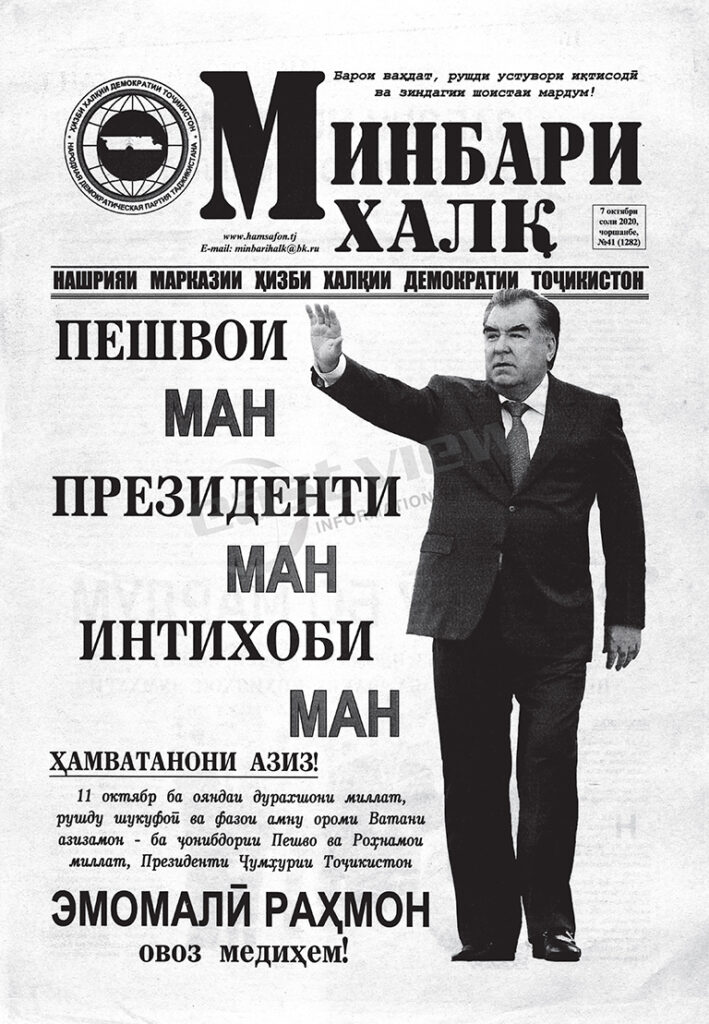 The 2020 Presidential elections in Tajikistan were held on October 11 and as expected were handily won by the country’s authoritarian ruler Emomali Rahmon. As noted in the final report of the OSCE’s Office for Democratic Institutions and Human Rights (ODIHR) observation mission, “The presidential election took place within an environment tightly controlled by state authorities and characterized by long-standing restrictions on fundamental rights and freedoms, including of association, assembly, expression, media, and harassment and intimidation of dissenting voices.”  Rahmon, now in his fifth tenure as president, still commands enormous power and does not tolerate political dissent. As a result, Tajikistan has remained a difficult area for field work and research for many Western-based academic and researchers. The present collection of materials, collected by East View researchers in Dushanbe, though small, will allow researchers access to a small but unique collection of campaign materials produced by the incumbent and opposition figures seeking to challenge Rahmon’s grip on power.