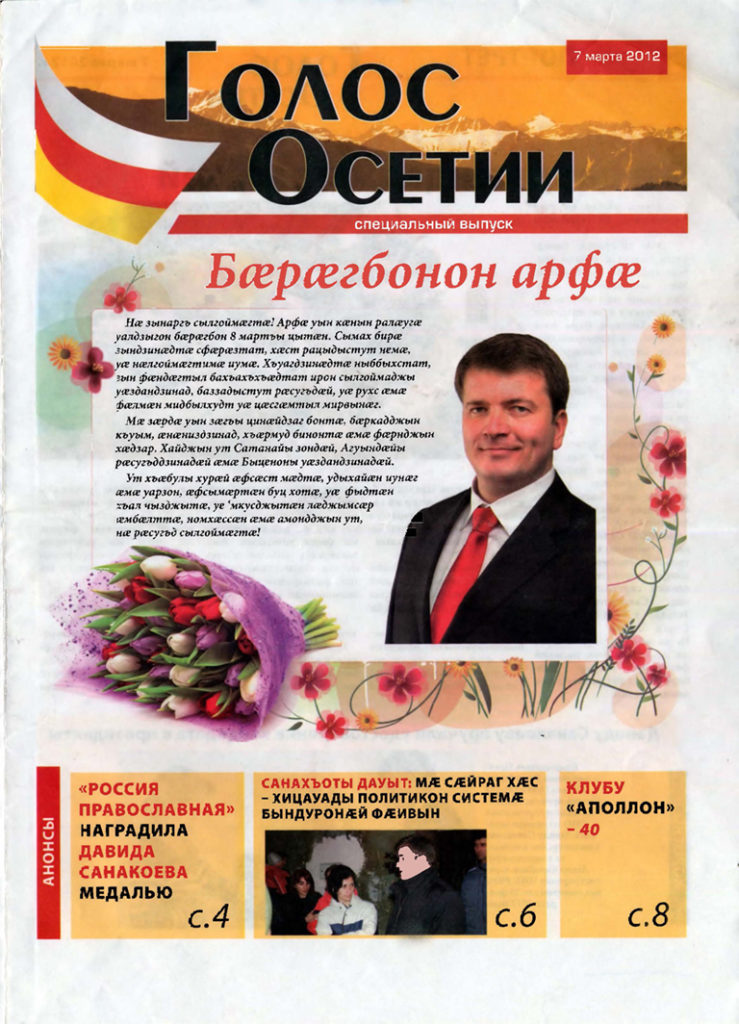 The 2011 presidential elections in the self-proclaimed Republic of South Ossetia (RSO) in late 2011 and the subsequent complete do-over in March of 2012 were one of the most hotly contested since the territory broke away from Georgia in the early 1990s. They were also the first elections since the recognition of the RSO’s independence by its powerful neighbor to the north, the Russian Federation.

This database represents the most exhaustive collection of election related ephemera to date documenting the presidential election process in the breakaway republic. It contains hundreds of pages of primary source material collected in South Ossetia and in Ossetian diaspora communities in the Russian Federation. The unique collection of election paraphernalia and ephemera from Ossetian presidential election provides access to otherwise unavailable material in one convenient location.