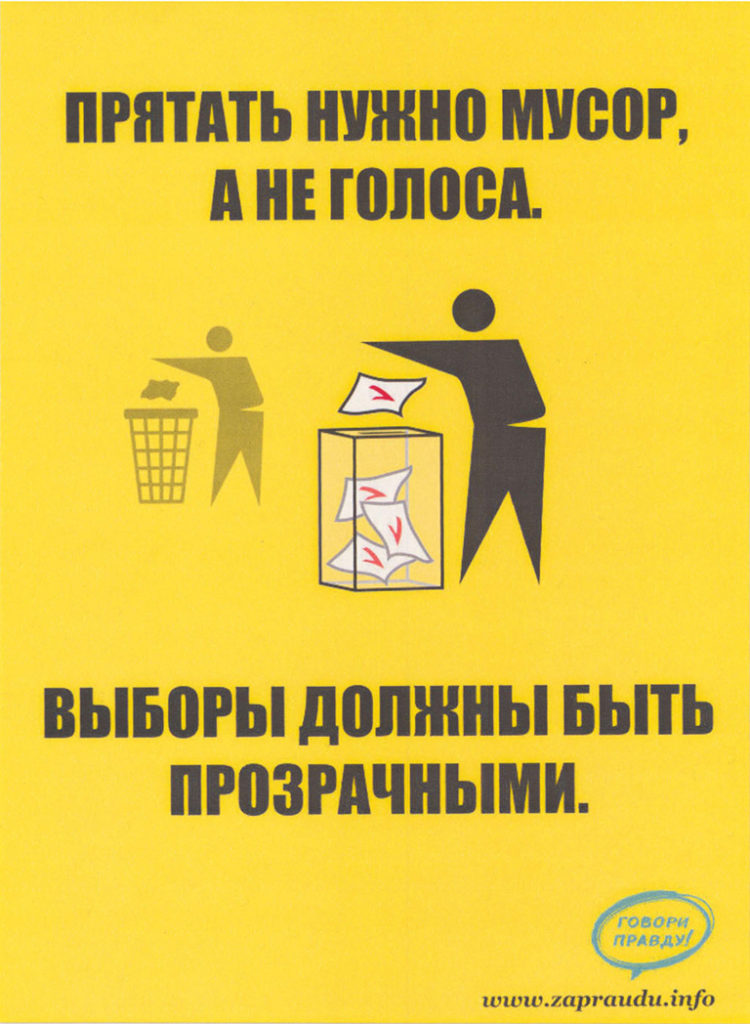 The December 19, 2010 presidential election in Belarus received considerable attention around the world. After election results showed Aleksandr Lukashenko winning 80% of the vote, most of the presidential contenders were arrested and imprisoned by the regime. 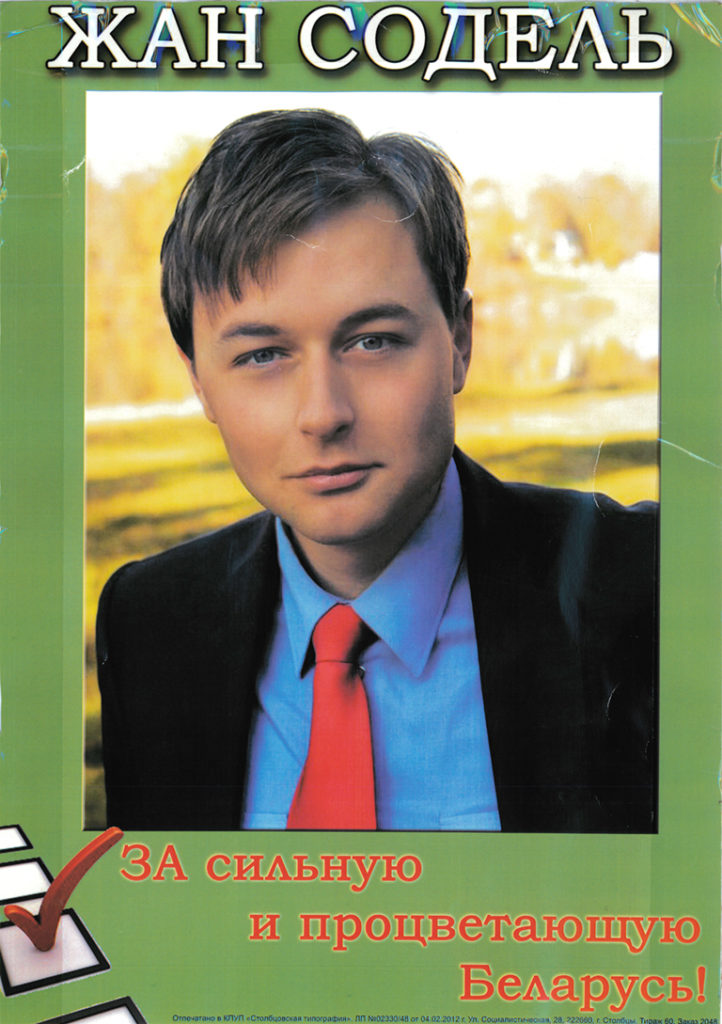 The September 23, 2012 Parliamentary Elections in Belarus were notable for the fact that the majority of the opposition parties were absent from the ballot despite having campaigned in the weeks leading up to the elections. The reason for their absence was much as a result of a boycott announced a week prior to the elections, as it was the arbitrary legal strong-arming by the government, seen as yet another sign of President Alexander Lukashenko’s growing authoritarianism. Those opposition candidates and parties, who decided to sidestep the boycott called by the majority of the opposition voices, did not manage to win even a single seat in the new Parliament thereby confirming the arguments of the non-participants that elections in Belarus are neither free nor fair.

This collection presents a sample of ephemera in circulation during the elections providing researchers with rich material base for research and analysis.

The 2015 Presidential Elections in Belarus were politically less charged than in previous elections, and yet their integrity was once again under question particularly by international observers who noted various irregularities especially during the final vote and tabulation of election results. Although some improvements were noted, they were not the newsworthy developments one would usually expect come election season in the post-Soviet space. Rather that honor went to the pardon and the subsequent release of six opposition politicians by President Lukashenko immediately prior to the elections. Despite the fact that the move was welcomed in European capitals and in Brussels in particular, the results of the elections were a foregone conclusion since no other candidate was able to mount a serious challenge to the incumbent Alexander Lukashenko who would win the elections having garnered over 83% of all votes cast. The present database represents ephemera collected during the elections and includes hundreds of pages of scanned and digitized print materials collected by East View researchers in Minsk and elsewhere. As such it represents a valuable resource for researchers and analysts in their attempt to better understand election politics in that country. 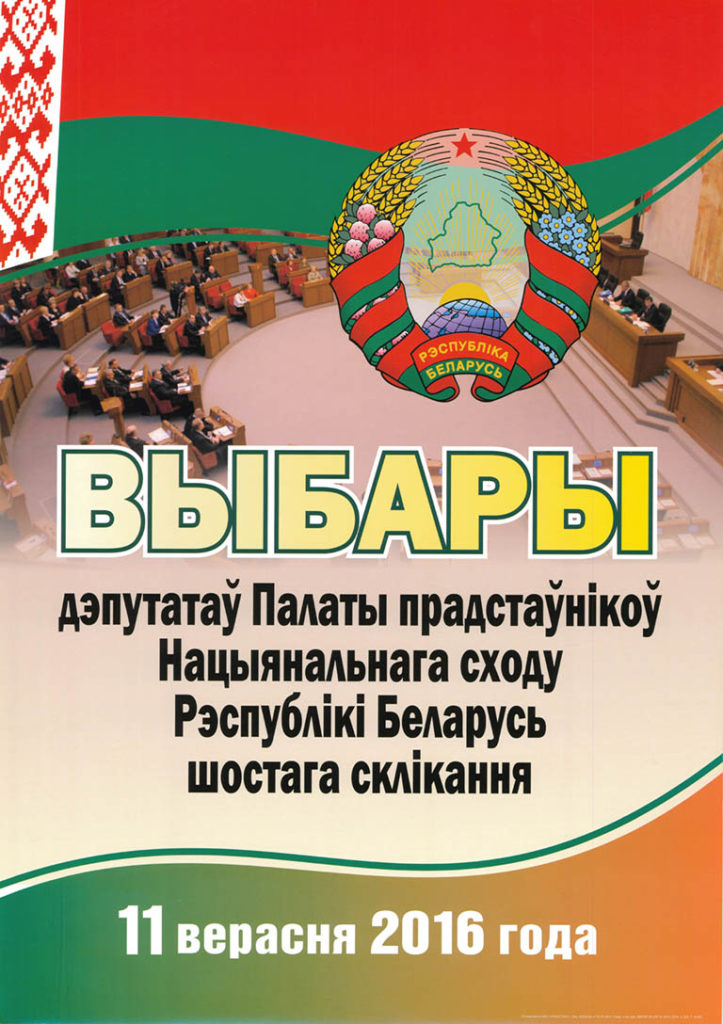 The September 11, 2016 Parliamentary Elections in Belarus were held in a combination of a challenging economic, security and foreign relations environment. The continuing conflict in neighboring Ukraine, the vexing relations with Russia and the criticism by Western countries for its multiple human rights violations have contributed to a situation in Belarus that can be described as politically stable but also unpredictable, reflecting perhaps the political character of its leader Alexander Lukashenko. As a result the assessment of the international observers on the process and the outcome of the elections were largely mixed. The observers noted significant progress over previous years in terms of the efficiency of the electoral process and the increase in the overall number of candidates and candidates from the opposition. Although a welcome sign and perhaps a sign of things to come, many of these candidates lacked visibility in the public sphere depriving voters the opportunity to make informed choices. Moreover, according to the OSCE/ODIHR final report on the elections, “Voting, counting and tabulation lack procedural safeguards and were marred by a significant number of irregularities and a lack of transparency.”

This collection of ephemera is composed of material handed out by candidates and their campaigns in a bid to raise their public profiles and inform voters of their political positions and election prerogatives. They were collected throughout Minsk and other Belarusian cities by East View researchers at the height of the election campaign. 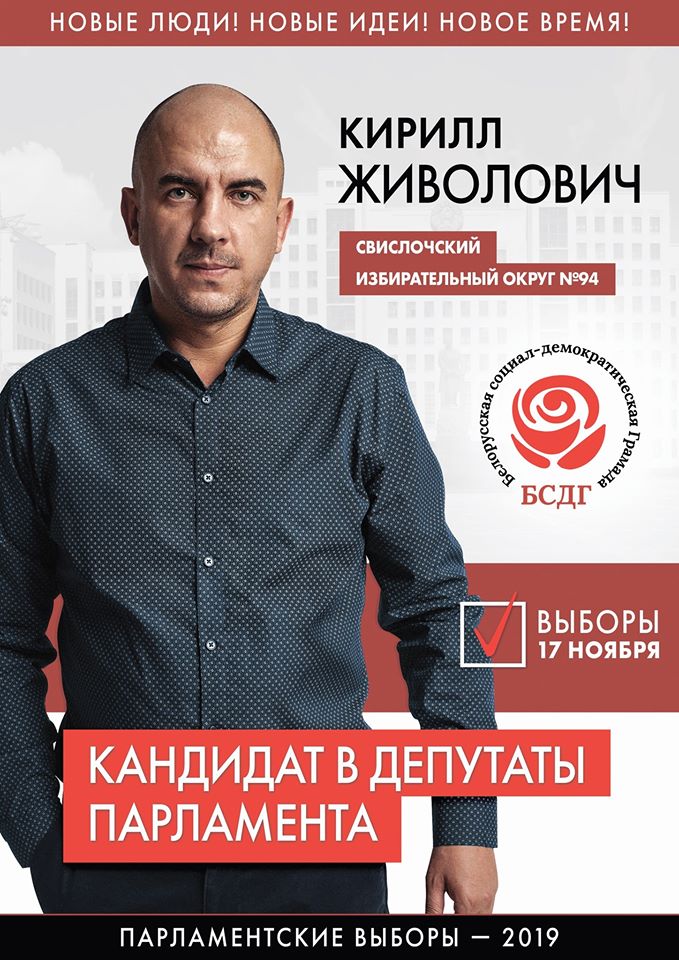 The November 17, 2019 parliamentary elections in Belarus were not unlike elections to the National Assembly. And as in previous elections opposition candidates found it hard to make into the parliament, which is not to say that the opposition did not try. The last time opposition candidates had won any seats in the parliament since Lukashenko’s coming to power in 1994, were during the 2016 parliamentary elections when two candidates eked out wins in their respective districts. In 2019 their political luck ran out and the National Assembly had been restored to its opposition-less equilibrium. Consistent have been also Western election observers whose assessment of the elections has been largely negative and largely inconsequential, although it has served to highlight the inherent deficiencies of Belarus’ one-man political culture.

This collection contains a large selection of print ephemera produced by various parties and party-nominated candidates during the lead-up to the elections. They contain leaflets, posters, flyers, election programs, and various other related materials used to shape and/or control the election-time political discourse.

The August 9, 2020 Belarusian presidential elections were perhaps the most hotly contested elections in the country’s modern history with much at stake both in its domestic political dimension and in the country’s foreign policy orientation. From the very outset the election campaign was marred by irregularities and the heavy reliance by the incumbent Alexander Lukashenko on the use of administrative resources to curtail or otherwise derail inconvenient candidacies. However, Mr. Lukashenko’s fiercest challenge appeared from a most unexpected place. Sviatlana Tsikhanouskaya, the diminutive English language teacher and human rights activist, was an unlikely candidate to take up the mantle of the Belarusian opposition to Lukashenko’s rule. Relatively unknown before the elections, with a husband arrested for human rights activism, she quickly gained following and popularity among some of the most active opposition groups in the country.

Although Tsikhanouskaya and her followers came close to achieving their wish (she would subsequently claim a win by a popular vote), Lukashenko’s repressive tactics made sure their wish would remain just that. Even before the official results were announced the opposition staged massive protests in Minsk and throughout Belarus in anticipation of electoral foul play. The ensuing months-long political crisis would see the self-exile of Tsikhanouskaya to Lithuania from where she continues to oppose Lukashenko’s rule.

The present collection is comprised of hundreds of pages of official documents and a variety of ephemera and photographs produced by the Belarusian opposition as it strove to challenge Lukashenko’s decades-long rule.