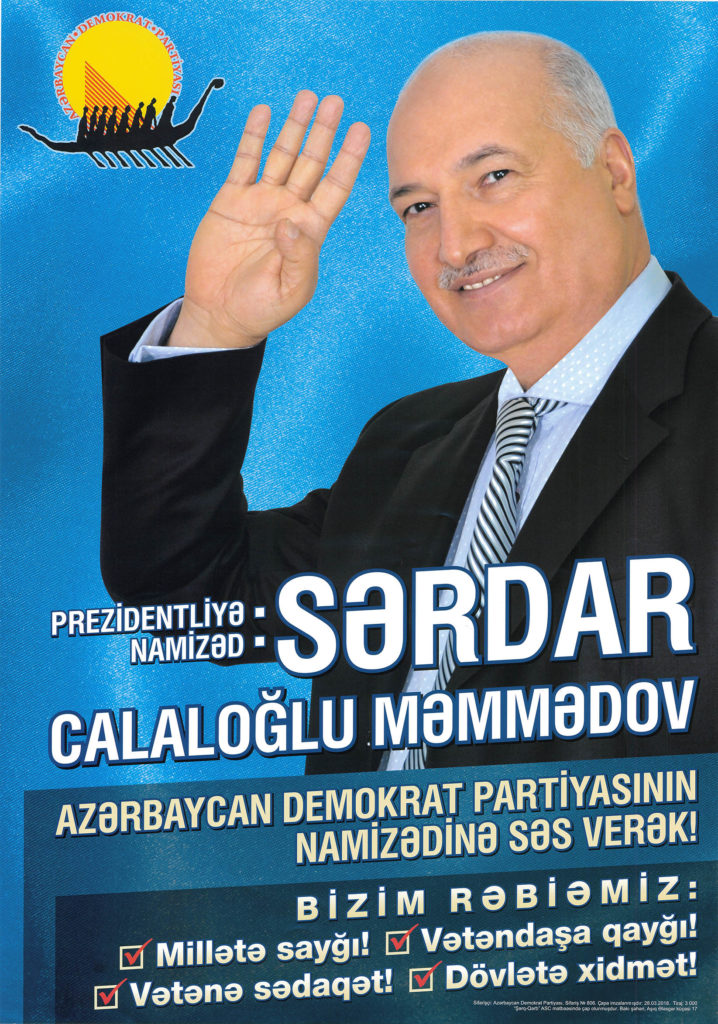 The 2018 Early Presidential Election in Azerbaijan took place on April 11, 2018. As was expected, the incumbent Ilham Aliyev won the elections without meeting much real opposition as the majority of his political opponents were either imprisoned or in exile. Accordingly, the main opposition political parties such as Musavat, Popular Front and ReAl, decrying the arbitrariness of the decision to initiate snap elections called for a boycott. Nonetheless, Aliyev trounced the remaining field of 7 candidates with 86% of the votes being in his favor.