The first newspaper in China with a Chinese editorial staff

Established in 1872, Shen Bao (申報, historically transliterated as Shun Pao or Shen-pao) was the most influential and longest lasting commercial newspaper before the establishment of the People’s Republic. Published in Shanghai until 1949, Shen Bao was founded by Englishman Ernest Major, but, uniquely, as a newspaper for Chinese readers, written by Chinese reporters. During its existence, Shen Bao gradually shifted from a conservative to a more liberal perspective, and played a pivotal role in the formation of public opinion in the imperial period and into the tumultuous beginnings of modern China. Shen Bao’s innovations in printing technologies, specialized use of the telegraph, and dispatch of special military correspondents gave it an edge. 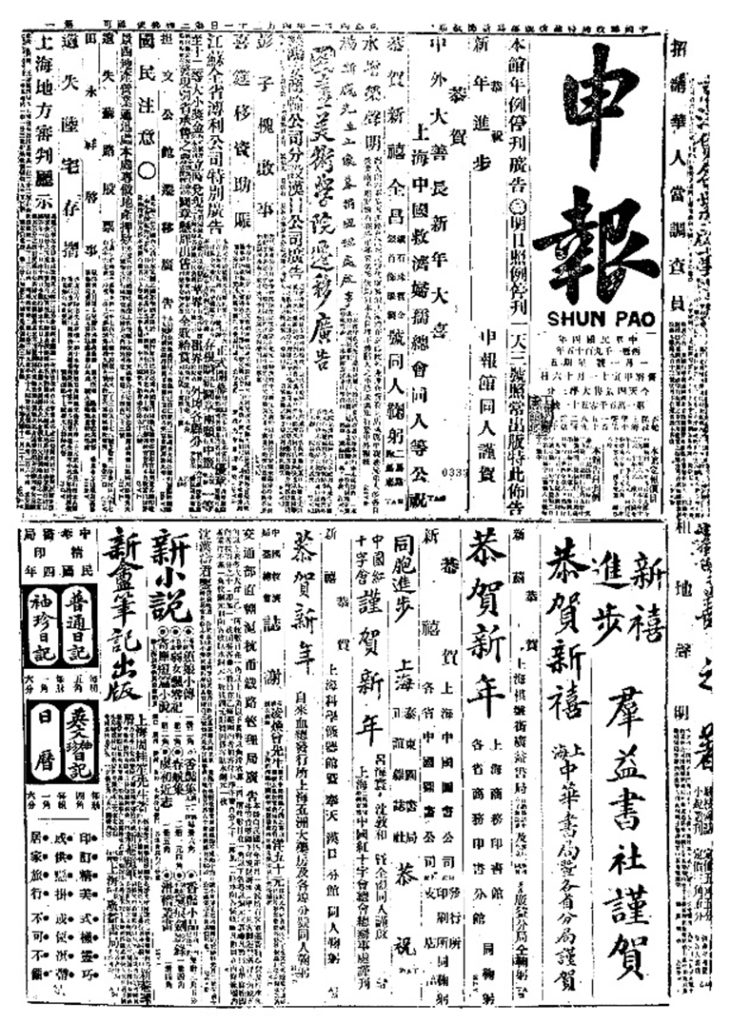 Unique insight into China's transition from the 19th century to Mao