The official newspaper of the Communist Party of China

Renmin Ribao (人民日报, People’s Daily) is the official organ of the Central Committee of the Communist Party of China, and the central newspaper of record for the modern Chinese state. Since its founding in 1946, Renmin Ribao has published the official policies and viewpoints of China’s central government and has been the voice of the upper echelons of power in the People’s Republic of China. Renmin Ribao publishes authoritative reports by government and party leaders, politically oriented speeches and articles, and covers major events at home and abroad. The newspaper is also important for the editorials, regarded as rather authoritative statements of government policy, covering politics and culture, communist theory and philosophy, and Marxist economics. 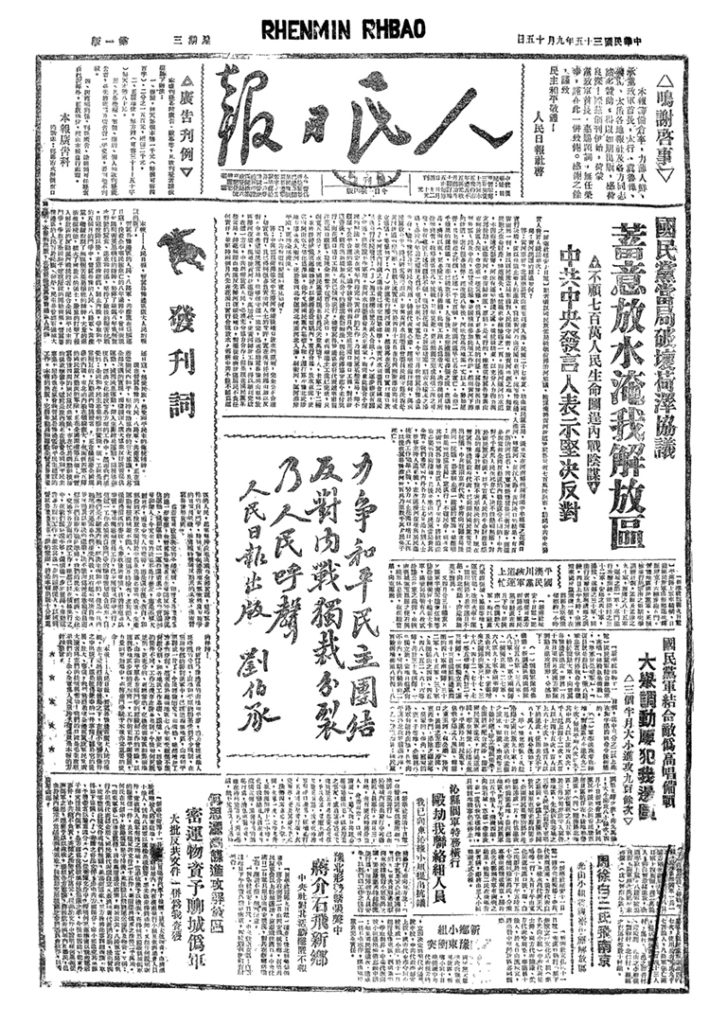 65 years of Chinese policies and viewpoints

The Renmin Ribao Digital Archive offers scholars the most comprehensive collection available for this title, and features full page-level digitization, complete original graphics, and 100% searchable text. The interface is in Simplified Chinese and content is in Traditional Chinese.