Critical journal from the early years of Russian cinema

The beginning of 1920s in the Soviet Russia is known for fresh creative cinematographic forces. It was in this era that world-renowned directors such as Eisenstein, Pudovkin, Trauberg, Ermler, Ardov, Kozintsev and other artists of the first generation of Soviet directors made their debut. Kino-zhurnal A.R.K., published by the Association of Revolutionary Cinematography, is where these groundbreaking directors expounded on their art, reflecting the dynamic era of 1920s Soviet Russia. New theories simultaneously pushed the limits on and aligned with Soviet thought on film montage, and debate in the pages of the journal led to novel methods of movie editing and directing. The painter Kazimir Malevich also contributed to the journal, describing his views towards cinema as an art form.

Kino-zhurnal A.R.K. also covered Soviet, European, American and Asian film news, film technology, international cinema industry exhibitions like the 1925 Berlin Film Exhibition. The US film industry was booming at that time, with some pages dedicated to American actors and new film out of Hollywood. The magazine also published sociological data on Soviet viewers and film statistics.

An extremely rare Soviet film magazine, only twelve issues of this monthly magazine were published. The magazine ceased publishing in 1926 when its editor Nikolay Lebedev wrote an article blaming Maxim Gorky for disliking cinema as a genre. Although Lebedev later apologized, he was nevertheless fired soon after and the magazine was transformed into a different journal, Kino-front. 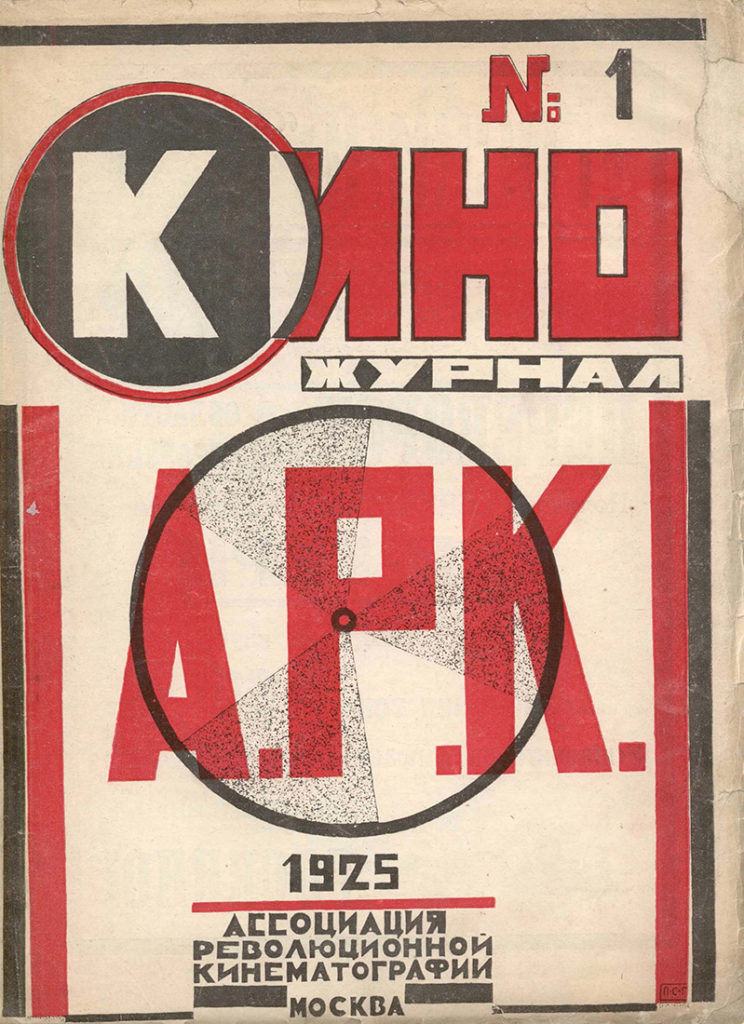