Established in 1960, Nedelia (Неделя, The Week) began as a Sunday supplement to Izvestiia under the editorship of Aleksey Adzhubey, the son in law of the Soviet leader Nikita Khrushchev. At the height of its popularity Nedelia claimed up to two million copies in weekly circulation and was available for distribution only through newspaper kiosks on Sundays, eschewing the traditional subscription model.

A pioneering publication, it was one of the very few Soviet periodicals that kept the official Communist Party propaganda to a minimum, covering instead cultural, social, and political happenings with a certain degree of lightheartedness, which perhaps was the main reason behind its popularity. Rivalled only by the popularity of Ogonek, Nedelia regularly featured works by renowned Soviet writers, journalists, and photographers. One of the most popular columns of the newspaper was “Guests of page 13,” that regularly featured interviews with popular Soviet stars and celebrities. 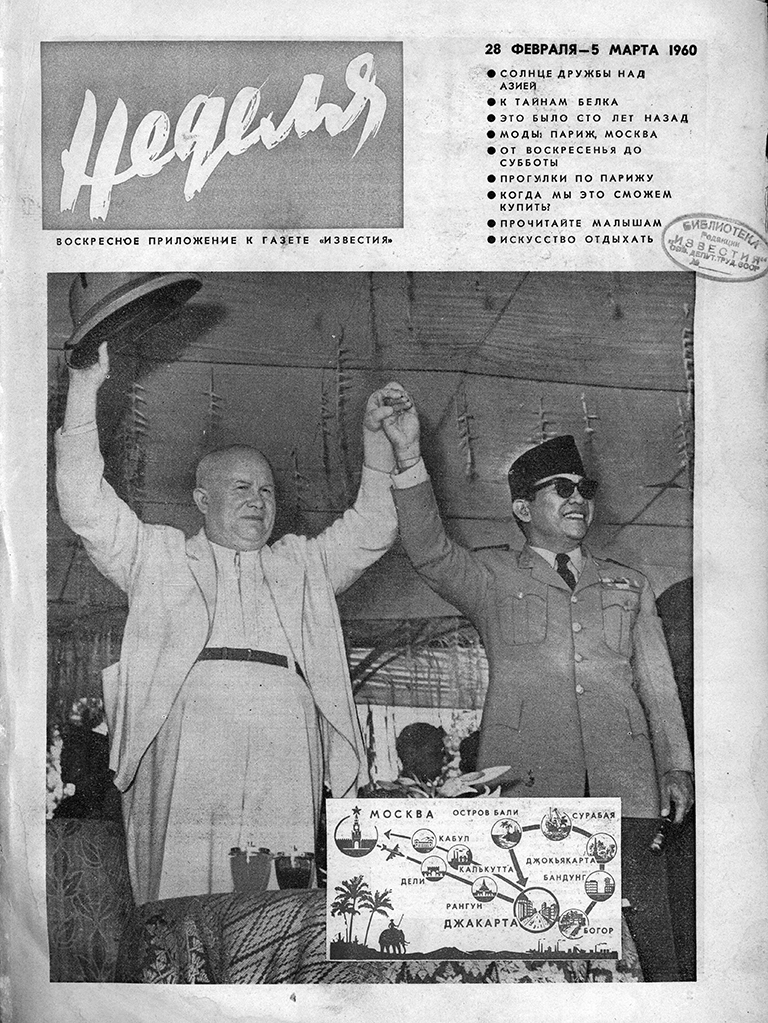 The Nedelia Digital Archive contains all obtainable published issues from the very first issue, comprising more than 44,000 pages. The archive offers scholars the most comprehensive collection available for this title, and features full page-level digitization, complete original graphics, and searchable text, and is cross-searchable with numerous other East View digital resources.