The leading satirical publication of the Soviet Era

Krokodil (Crocodile) was a satirical magazine published in the Soviet Union. It was first published as the illustrated Sunday supplement for Rabochii (The Worker) newspaper on June 4, 1922. As circulation increased, the editors became convinced of the need for a regular independently numbered journal, and Krokodil No.1 (13) was published for the first time on August 27, 1922. Bursting from its front cover was a snarling red crocodile, an avatar that has symbolized the journal and its brand of political satire ever since.

Published continuously until 2008, circulation of Krokodil peaked at around 5.8 million (in 1980) and it was firmly established as one of the leading publications in the Soviet Union. Krokodil lampooned religion, alcoholism, foreign political figures and events. It ridiculed bureaucracy and excessive centralized control. The caricatures found in Krokodil can be studied as a gauge of the ‘correct party line’ of the time. During the height of the Cold War, cartoons criticizing Uncle Sam, the Pentagon, Western colonialism and German militarism were common in the pages of Krokodil. 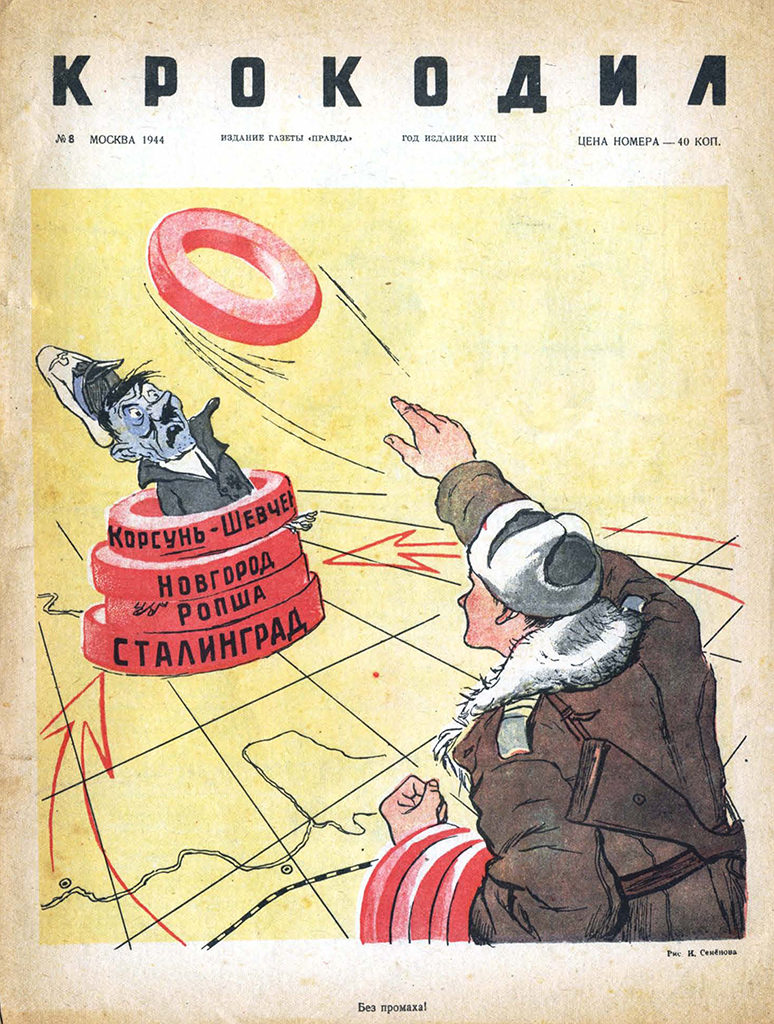 The Krokodil digital archive, developed by East View, contains the most complete set of the journal from the very first issue, comprising more than 2,700 issues.

The Krokodil digital archive offers scholars the most comprehensive collection available for this title, and features full page-level digitization, complete original graphics, and searchable text, and is cross-searchable with numerous other East View digital resources. In addition, East View’s online platform has been designed specifically to show the rich images found in the pages of Krokodil and provide the convenience of browsing full pages, similar to working with print originals. East View has carefully added full-text searchable tags to identify individuals and organizations within the artwork, where full-text search would not normally find results. Thanks to this added value, users are able to search for people and organizations and find them not only within the articles, but also wherever they are represented in caricatures and drawings.