One of Russia's oldest and leading trade newspapers

Founded in 1917, Gudok (Гудок, Whistle) began as a small newspaper focused on rail industry news, but grew by the 1970s into a 700,000-circulation daily with an edgy mix of commentary and satire on culture, politics, and society. Gudok’s circulation was relatively small—but deceptively influential—when it first started out, which encouraged creativity and expression as the newspaper’s focus on the railway industry shielded authors from some of the ideological hazards of writing for general interest publications. Gudok continues today as Russia’s leading trade newspaper, focused primarily on the railway industry, but attracting a national audience with its coverage of the literary scene. Notable authors and journalists whose works have appeared in Gudok include Ilya Ilf, Mikhail Zoshchenko, Lev Slavin, Sasha Krasny, Alexander Kabakov and others. 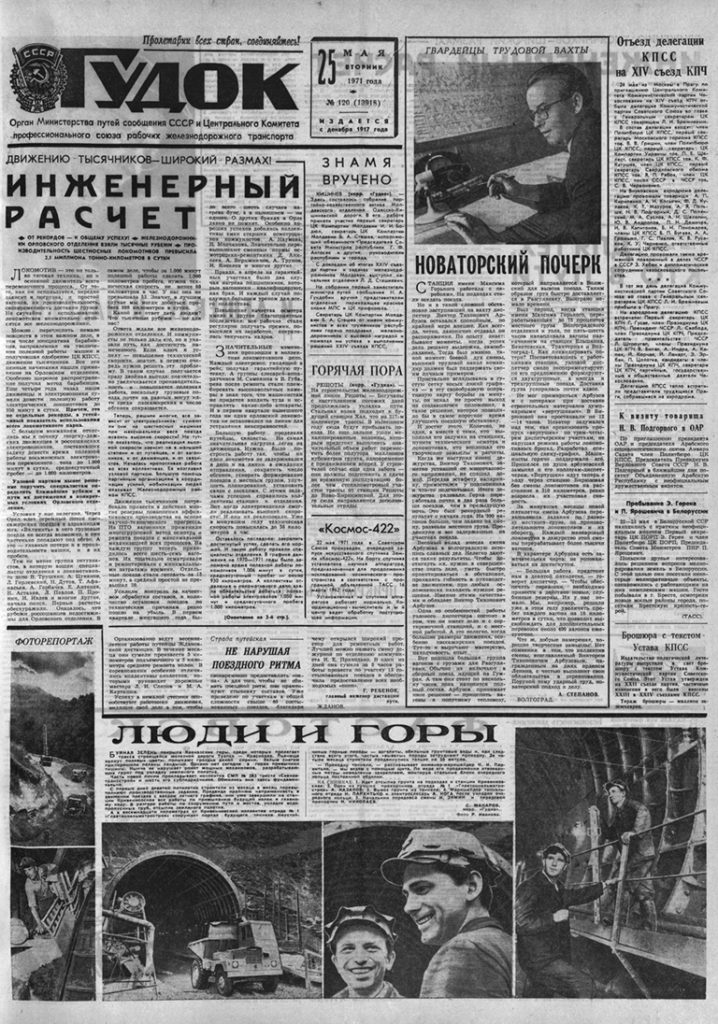 The Gudok Digital Archive contains all obtainable published issues from 1917 on (over 125,000 pages), with an additional year’s worth of content added on an annual basis. The archive offers scholars the most comprehensive collection available for this title, and features full page-level digitization, complete original graphics, and searchable text, and is cross-searchable with numerous other East View digital resources.