The official daily newspaper of the Soviet government

Among the longest-running Russian newspapers, Izvestiia (News) was founded in March 1917 and during the Soviet period was the official organ of the Presidium of the Supreme Soviet of the USSR. Remarkable for its serious and balanced treatment of subject matter, Izvestiia has traditionally been a popular news source within intellectual and academic circles. Continuously published for over 100 years, Izvestiia’s prominence endures today as one of the most subscribed news sources of contemporary Russia, covering domestic and foreign policy, commentary, culture, education, and finance. 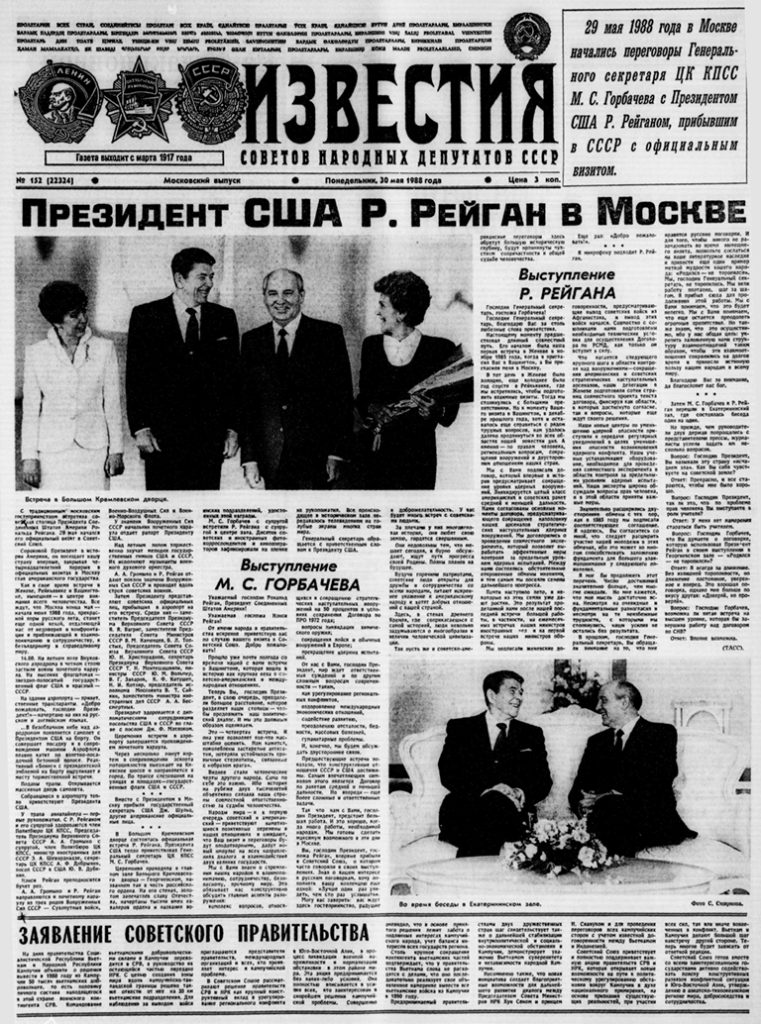 Access over 100 years of the Kremlin's newspaper of record

The Izvestiia digital archive contains all obtainable published issues from 1917 on (nearly 200,000 pages), with an additional year’s worth of content added on an annual basis. The archive offers scholars the most comprehensive collection available for this title, and features full page-level digitization, complete original graphics, and searchable text, and is cross-searchable with numerous other East View digital resources.

Izvestiia served as the paper of record—the official daily newspaper—of the Soviet government from 1917 until the dissolution of the USSR in 1991, when Izvestiia became an independent publication.

During the February Revolution of 1917, Izvestiia was founded in Petrograd (now St. Petersburg) as the main newspaper of “The Petrograd Soviet of Workers’ and Soldiers’ Deputies.” At the time, Izvestiia reflected the views more common among the Menshiviks and other democratic socialist parties, with a moderate lean toward other liberal opposition groups. After the October Socialist Revolution, Izvestiia passed into the hands of the Bolsheviks. When the new Soviet government transferred the capital to Moscow, the newspaper was relocated as well. During the Soviet era, Izvestiia became the mouthpiece of the Kremlin, informing the public of government policies through its pages. Izvestiia was also recognized for its extensive international coverage, having correspondents in more than 30 foreign countries. This also made the paper an important channel for Soviet foreign policy.

Researchers of language, history, international relations, economics, social sciences, and more have access to a rich source of Russian documentary history from one easy search. The Izvestiia digital archive delivers unprecedented access to a repository chronicling the dramatic transformation of Soviet society, from Izvestiia’s beginnings as the official publication of Lenin’s revolutionary contemporaries to its status as the official publication of the Supreme Soviet of the USSR.

From the first day of publication in February 1917, Izvestiia published first-hand accounts of events that shook the world, from the Russian Revolution, the liberation of Nazi concentration camps, Sputnik, and the fall of the Berlin wall. During the Soviet era, Izvestiia was less ideologically vocal than official party newspapers. The newspaper also played a real role during the Khrushchev era “Thaw” when the paper’s editors advocated de-Stalinization and reform.