Sponsored by the Center for Research Libraries

The twentieth and early twenty-first centuries were a time of great change for Africa. In East Africa, this time witnessed the growth of decolonization as independence movements swelled, and local, autonomous self-governance took hold throughout the region. This period was also punctuated by famine, drought, political uprisings, border disputes, and war as countries worked to navigate the post-colonial landscape.

The East African Newspapers collection provides insight into this region during this critical time, featuring key newspapers from the region from the 1940s to the early 2000s. This collection includes over 800,000 pages total from three titles: Daily Nation (Kenya), The Ethiopian Herald, and The Monitor (Uganda). 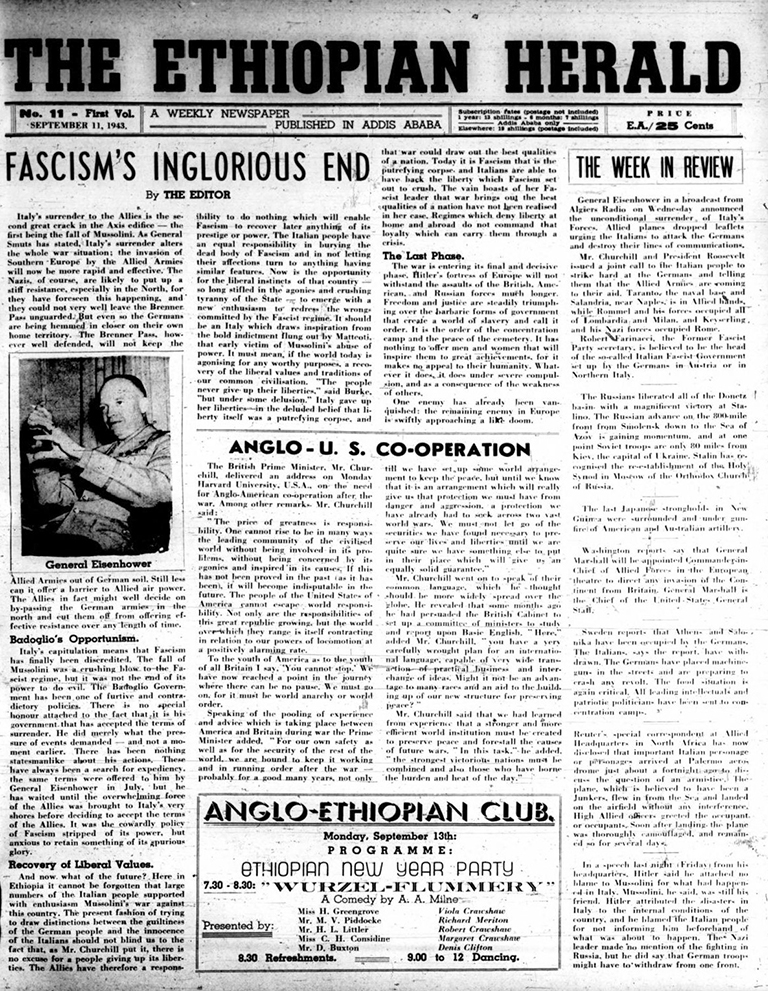 The East African Newspapers collection includes three titles, accounting for over 34,000 issues and over 800,000 pages.

Daily Nation (Nairobi)
Daily Nation first launched as a sister paper to the Swahili language Taifa in 1960 and quickly rose to be the highest circulating newspaper in Kenya. The newspaper covers the end of colonial rule, the rise of an independent Kenya, and the country’s rapid growth in the modern era.

The Monitor (Kampala)
Founded in 1992, The Monitor (relaunched as The Daily Monitor in 2005) is considered Uganda’s leading independent newspaper. Among other domestic and international topics, the newspaper provides in-depth coverage of Yoweri Museveni’s lengthy reign as president.

East View and the Center for Research Libraries have created the GPA CRL Alliance to steer the development of a series of thematically designed databases for East View’s Global Press Archive program to meet the specific needs and priorities of CRL members. Launched in 2019, the charter phase of the GPA CRL Alliance resulted in the creation of nine collections, encompassing hundreds of newspaper titles and totaling over 4.5 million pages, of which 3 million pages are fully Open Access.

Encouraged by the positive results of the charter phase of the GPA CRL Alliance, fundraising is under way for a second phase of the GPA CRL Alliance. The continuation of this highly successful academic-commercial partnership between CRL and East View will serve our shared values of diversity, equity, and inclusion, and continue to extend access to global newspaper collections to the widest possible audience.