From the Ottoman Empire to the Arab Spring, the countries of the Middle East and North Africa have stood at the crossroads of history. The Middle Eastern and North African Newspapers collection includes publications from across this dynamic region, providing unique insights into the history of individual countries, as well as broad viewpoints on key historic events from the late nineteenth century through the mid-twentieth century.

Researchers will find a wealth of unique content from the Middle East and North Africa, much of which has never been digitized or available as open access material. Content in the Middle Eastern and North African Newspapers collection is predominantly in Arabic, but also includes key titles in English and French. The collection comprises out-of-copyright, orphaned content, and includes titles such as al-Ikhāʼ (Syria), al-Bilād al-Saʼūdīyah (Saudi Arabia), Tangier Gazette (Morocco) and La Vérité (Algeria).

The Middle Eastern and North African Newspapers collection is part of East View’s Global Press Archive® (GPA) program. Open Access to this collection is made possible through the generous support of the Center for Research Libraries and its member institutions. 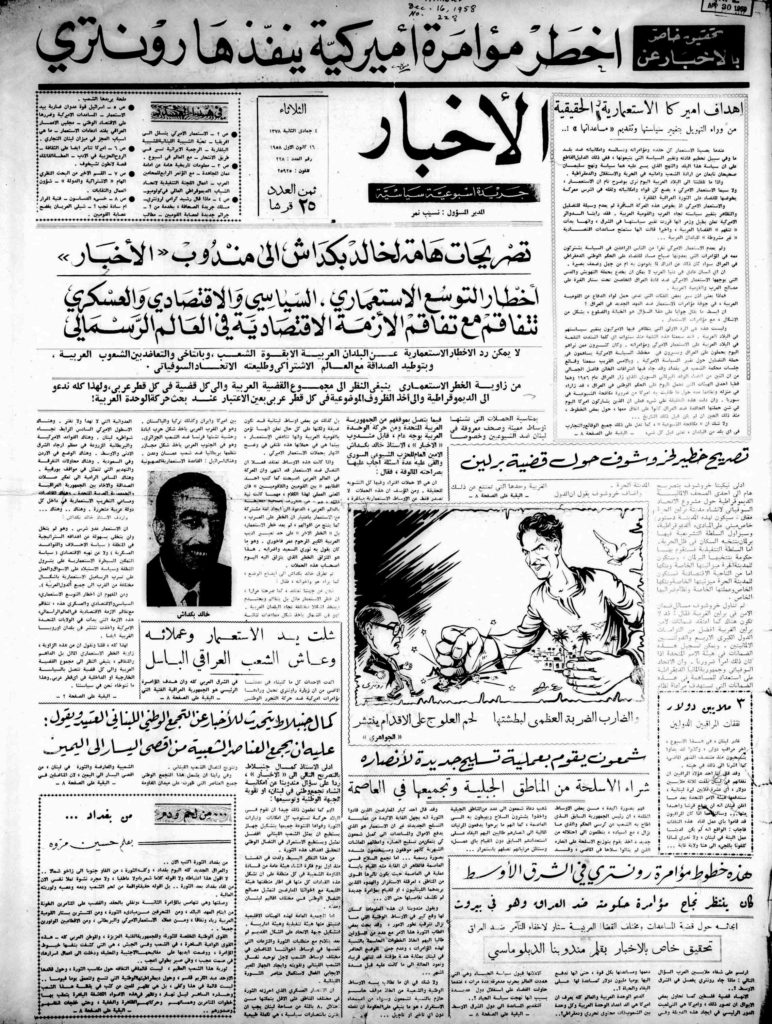 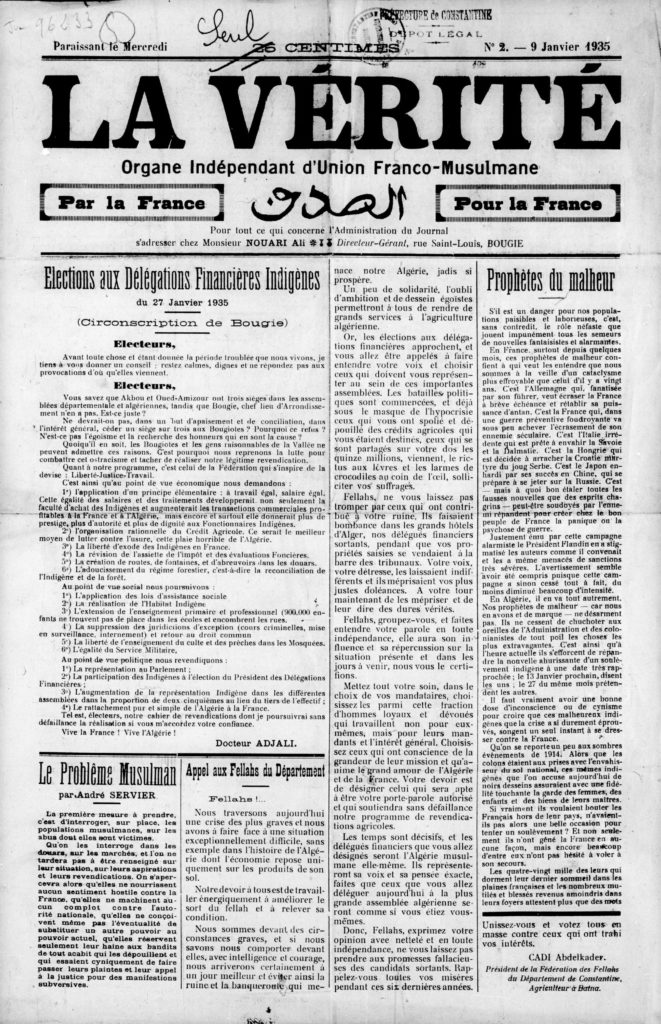 Titles in the Middle Eastern and North African Newspapers collection include:

Including nearly 80 titles and over 275,000 pages of content, the Middle Eastern and North African Newspapers collection provides unique insights on major historic events from 1870 to the mid-1960s.

Comprising five in-copyright newspapers from across the region, the MENA Premium collection spans the period of 1956-2019 and offers viewpoints on key events of the 20th century and beyond, including the recent Arab Spring. The MENA Premium collection represents a collaboration between East View and the publishers of each title to make current, in-copyright material available to a global audience.

al-Akhbār (الاخبار, Lebanon, 2006-2019): Founded in 2006, al-Akhbār brings a modern approach with its publishing style and maintains a centricity on how the news and international events affect – and are perceived by – the dynamic and complex Lebanese national population.

al-Dustūr (الدستور, Jordan, 1967-2000): Founded in 1967, al-Dustūr plays a firm role in the institution of the modern Jordanian press. Known as Jordan’s second daily newspaper in terms of distribution and prominence. The title is a successor to Filasṭīn in this collection.

al-Jumhūrīyah (الجمهورية, Egypt, 1962-1986): Founded in 1953 out of the aftermath of the Egyptian Revolution and having Anwar Sadat as its initial managing director, al-Jumhūrīyah represented a turning point in Egyptian press by being the first to present both opinion and news. It continues to be a well-regarded and widely read national newspaper.

al-Riyāḍ (الرياض, Saudi Arabia, 1972-1996): Founded in 1956, al-Riyāḍ is independent but closely aligned with the Saudi state. The newspaper was the first to achieve Saudization with its appointed editorial and managerial staff being citizens of that state. Its popularity and distribution in the Kingdom accelerated after becoming the first to introduce cartoon caricature in the Saudi press.

Filasṭīn (فلسطين, Israel/Palestine, 1956-1967): Founded in 1911, Filasṭīn was one of the most prominent newspapers during the time of Ottoman rule. The paper was shut down on multiple occasions by both Ottoman and British overseers due to its anti-Zionist and Anti-Greek Orthodox positions. The successor newspaper to Filasṭīn is the newspaper al-Dustūr, also found in this collection.

Are you a CRL member?