The Afghan Central Press collection brings together four national, Kabul-based publications of Afghanistan whose long runs and prominence provide a concentrated vantage point for understanding developments in Afghanistan for much of the twentieth century. The English-language Kabul Times is presented alongside Pushto publications Anīs, Hewād, and Iṣlāḥ.

Together, the archives of these newspapers provide a chronicle of events from the fall of the Kingdom of Afghanistan, the establishment of the People’s Democratic Republic of Afghanistan, the Soviet invasion, the rise of the Mujahedeen, the establishment of the Taliban and Al Qaeda, invasion by the United States and the ensuing period of reconstruction from the view of the capital. 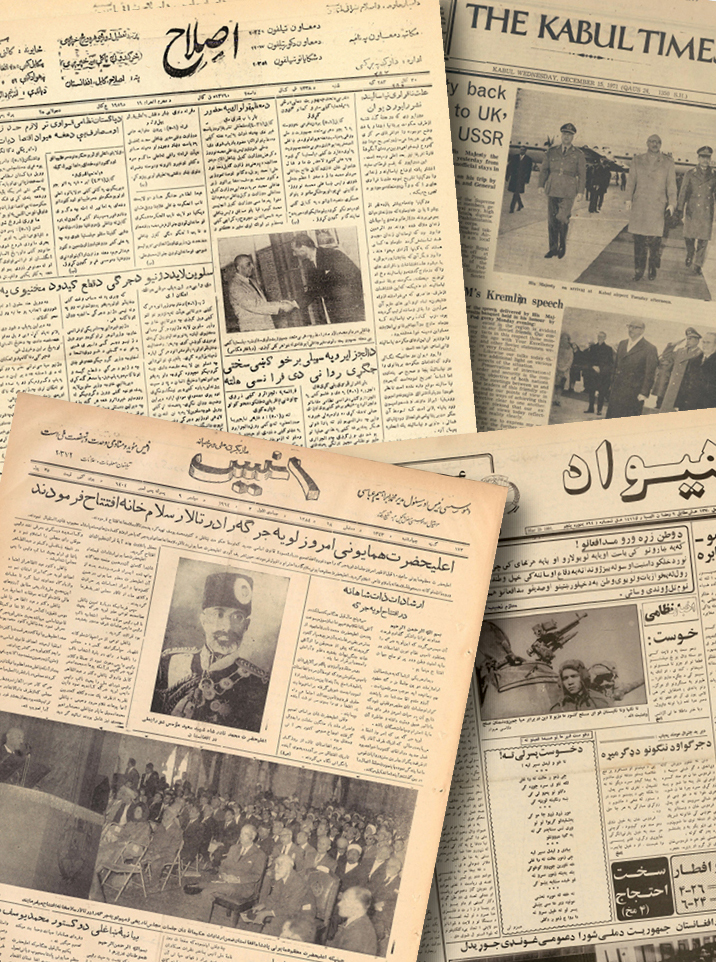 NOTICE: Significant content additions are currently underway, covering the period 2000-2020. Please Contact Us for further information or to request a trial.

The Afghan Central Press collection is a part of the East View Global Press Archive®, which is the result of a landmark initiative of Stanford Libraries and the Hoover Institution Library & Archives to digitally preserve and make more accessible thousands of original print newspaper publications collected by the Hoover Institution and now housed by Stanford Libraries.