Established in May 1924, Cumhuriyet (The Republic) is the oldest secular Turkish daily newspaper. Founded by journalist Yunus Nadi Abalıoğlu at the initiative of Mustafa Kemal Atatürk, Cumhuriyet was the first newspaper of the Turkish Republic and promoted a belief in democracy, secularism and the rule of law. According to the newspaper’s editorial principles: Cumhuriyet is an independent newspaper; it is the defender of nothing but the Republic, of democracy in the scientific and broad sense. It will fight every force that tries to overthrow the Republic and the notion and principles of democracy. It will endeavor for the embracing by society of the principle of secularism along the path of “Enlightenment” ushered in by Atatürk’s revolution and principles.

Over the last 95 years, Cumhuriyet has stood witness to the changing landscape of Turkey’s political, social and economic environment. Despite the challenges of these times, the institution of Cumhuriyet has sustained its coverage of domestic and international news, providing critical documentation of Turkey’s dynamic history and its relations with the global community.

In the twenty-first century, Cumhuriyet continues its dedication to the principles of democracy and secularism as embodied by Atatürk. The newspaper has a daily circulation of over 30,000 and receives roughly 25 million visitors to its website each month. It is one of the most influential newspapers in Turkey and is regarded by domestic and foreign readers as a reliable source for impartial, intelligent news reporting. 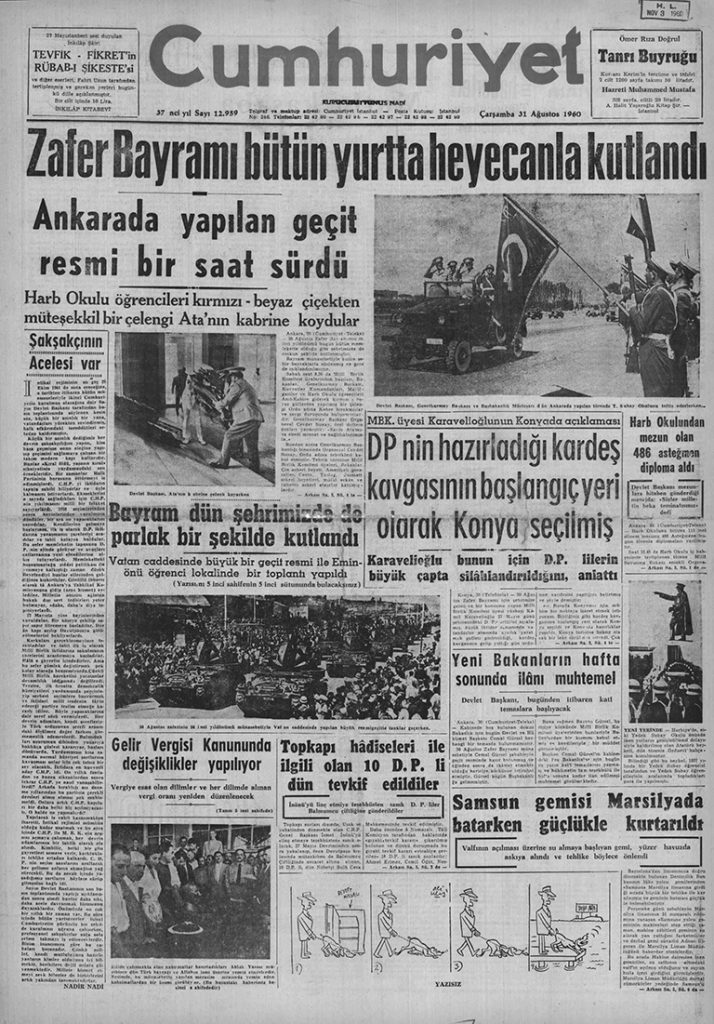 The Cumhuriyet Digital Archive contains all obtainable published issues from 1924 on (nearly 400,000 pages), with an additional year’s worth of content added on an annual basis. The archive offers scholars the most comprehensive collection available for this title, and features full page-level digitization, complete original graphics, and searchable text.