Egypt's most authoritative and influential newspaper

Founded in 1875, Al-Ahram (الأهرام‎, “The Pyramids”) is one of the most prominent Arabic newspapers in the Middle East, including its legacy as Egypt’s most authoritative and influential national daily. It is one of the most important newspapers in the Arab world with a circulation of over 1 million, having established itself as a high-quality journalistic venture during the mid-20th century.

Regarded as “the register of contemporary life” in Egypt by Taha Hussein—the acclaimed “Dean of Arabic Literature”—the Al-Ahram daily newspaper reaches across the political, social, economic and cultural scope of the nation in its reporting. After President Nasser nationalized the Egyptian press in 1960, Al-Ahram readers generally considered the paper the de facto voice of the central government.

Al-Ahram has long featured contributions from many of the Arab world’s most important literary figures and intellectuals: Naguib Mahfouz, Edward Said, Yusuf Idris, Taha Hussein, Ahmed Lutfi el-Sayed, and Azmi Bishara among them, as well as nationalist leaders such as Mustafa Kamil and Saad Zaghlul. Influential forward-leaning contemporary writers such as Sabah Hamamou are also affiliated with the paper.

The newspaper over its history successfully expanded to circulate newswire content from sources from around the world, and Al-Ahram prints international editions published in Europe and the United States. Arabic-language editions of the daily are published in Bahrain, Saudi Arabia, Kuwait and the U.A.E. Its publishing house of the same name is the largest publisher in Egypt with content produced in the Arabic, English, and French languages. 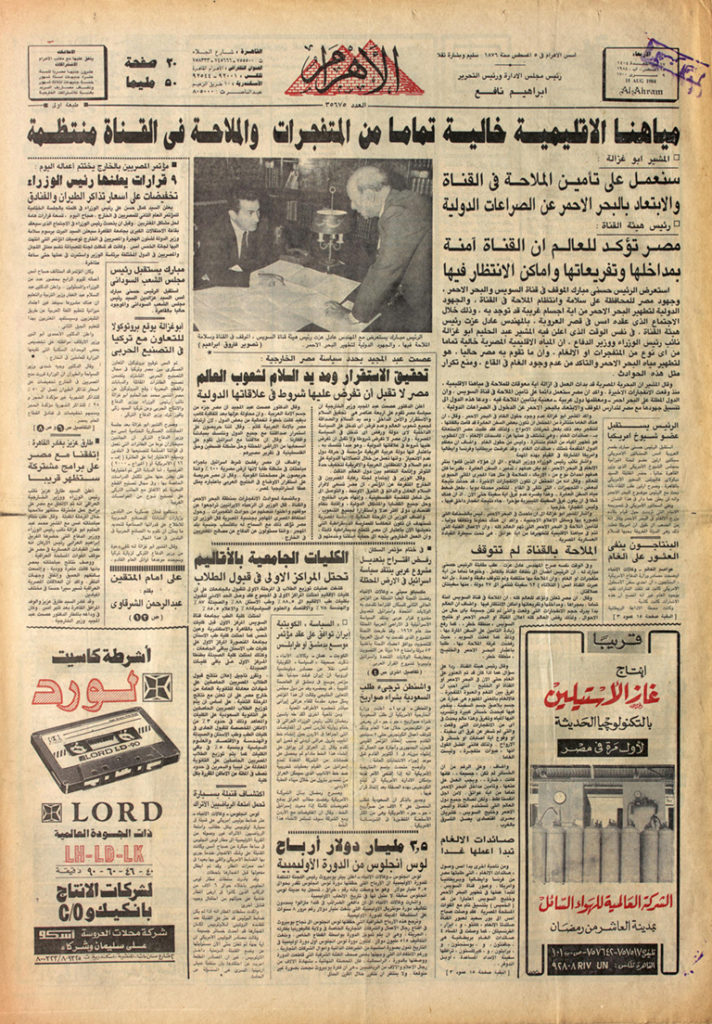 The Al-Ahram digital archive contains all obtainable published issues from 1875 to 2018, with an additional year’s worth of content added on an annual basis. The archive offers scholars the most comprehensive collection available for this title, and features full page-level digitization, complete original graphics, and searchable text.