Once hailed as “the Far East’s premier English language newspaper,” The Japan Advertiser was a hub of news written by and for missionaries, diplomats, merchants and journalists who were based in Japan in the early half of the 20th century. In Japan, reading English-language papers offered an interesting experience since the reporting and treatment of events was often quite different from Japanese-language papers.

Many of The Japan Advertiser’s reporters also worked as correspondents for American and British newspapers and wire services, including The London Times, The New York Times, and AP, enabling them to draw upon the experience and networks of contacts they had built up covering stories in the West, China and other parts of East Asia. With content ranging from information aimed at American and European residents to global news, The Japan Advertiser included columns focused on US and British news, as well as articles written by Japanese government officials, military officers, and well-known individuals, and letters from readers.

At a time when information is increasingly globalized, many historians will find benefit researching how information was gathered and disseminated before World War II from a global viewpoint. The Japan Advertiser will not only help the readers get the feel of the days when the publication was robustly competing with The Japan Times, but also gain detailed knowledge of events happening in those days. 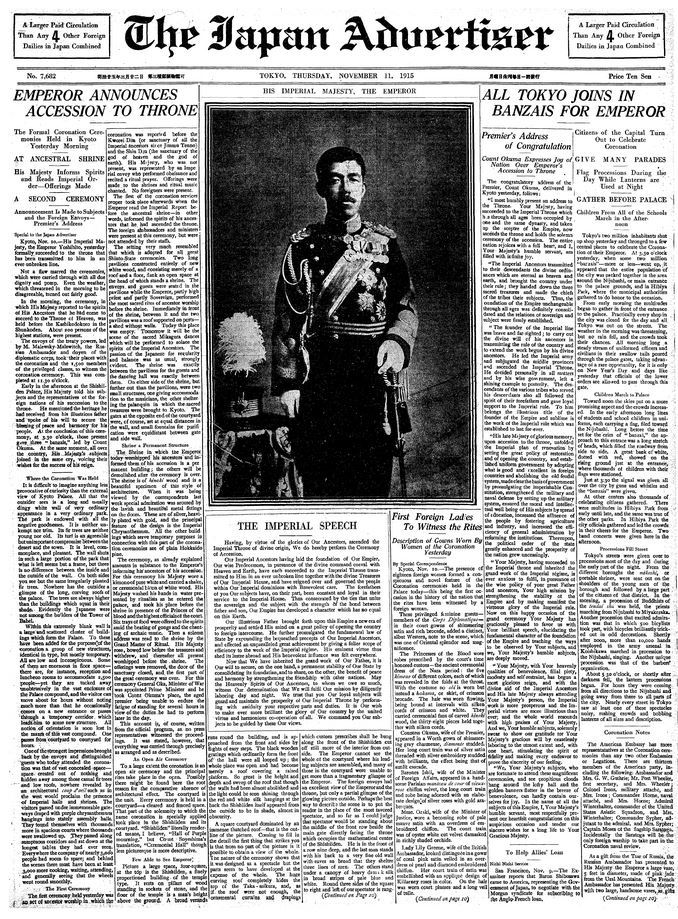 The Japan Advertiser digital archive offers scholars the most comprehensive collection available for this title, and features full page-level digitization, complete original graphics, and searchable text. The online search tools allow users to enter keywords to find articles or advertisements on specific topics, with the option to limit searches to publication dates, title, specific days of the week, type of publication or by Imperial Period. The Japan Advertiser is a helpful reference for various fields of study such as Media History, Journalism, International Relations History, East Asian Studies, Political/Economic History, Comparative Cultural Studies and Japanese Studies.