Since 1897, The Japan Times has reported daily in English on the people, places and goings-on in and beyond Japanese society. The Japan Times was launched on March 22, 1897 during the Meiji era. This was a time when Japanese society experienced political, social, and industrial revolution, from being an isolated feudal society to emerging as a great power on the world stage. Fundamental changes took place, to social structures, internal politics, economy, military, and foreign relations. The Japan Times has offered a unique point-of-view, different from other Japanese language newspapers, since its first issue. This is a rare resource of media during the Meiji and Taishō eras, available in English.

With the mottos, “All the News without Fear or Favor” and “The World’s Window on Japan”, The Japan Times newspaper is an independent publication, not associated with the mainline Japanese-language publications. As the only English-language Japanese newspaper archive of this depth, The Japan Times Digital Archive delivers over a century of news and history on world affairs from a Japanese perspective. Articles found in The Japan Times often included information that was not published in the Japanese-language press. Some articles influenced not only the Japanese government, but also foreign entities. 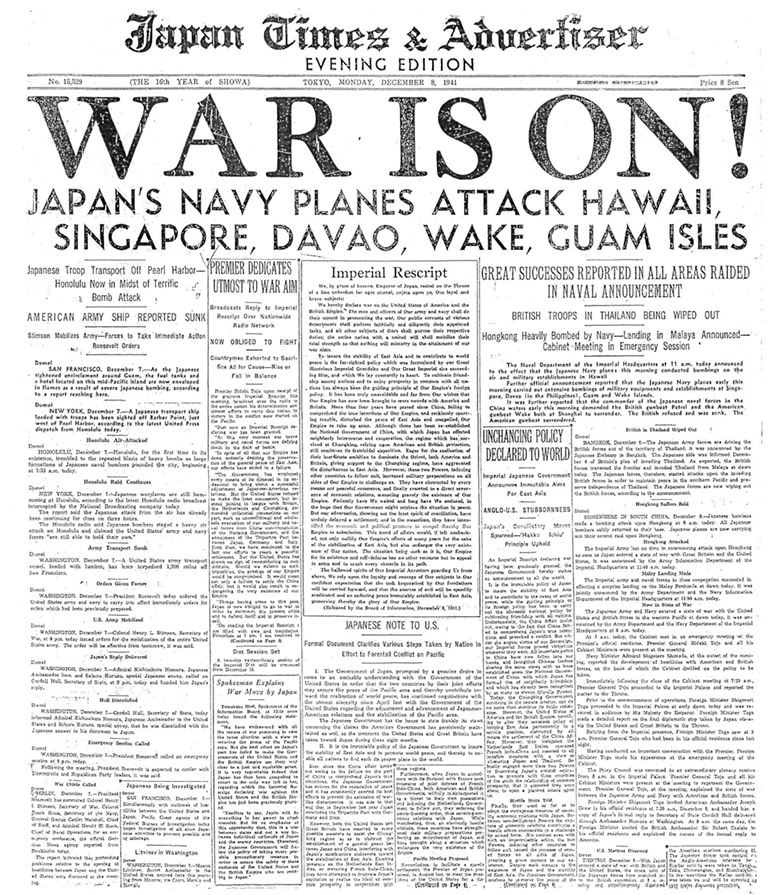 Over 120 years of Japanese perspectives on news, history and world affairs

The Japan Times Digital Archive features the most innovative and user-friendly interface for discovering deep archive of any Japanese newspaper (English or Japanese). It contains every published issue, from March 1897 to present (approx. 500,000 pages), including special supplements going back to the 1890s. The Japan Times content is cross-searchable with archives of The Japan Advertiser and The Japan Times of the 1860s.

The Japan Times Digital Archive offers scholars the most comprehensive collection available for this title, and features full page-level digitization, complete original graphics, and searchable text. The online search tools allow users to enter keywords to find articles or advertisements on specific topics, with the option to limit searches to publication dates, title, specific days of the week, type of publication (Main, Extra or Supplement) or by Imperial Period: