Voprosy literatury was founded in 1957, soon after the 20th Congress of the Communist party of the Soviet Union and the beginning of the era known as the “thaw” in USSR cultural life. It soon evolved into a major discussion platform for literary critics and scholars. The journal offers readers articles on the history of world and Russian literature, the theory of literature, and current literary and cultural issues in the country. It also features roundtable discussions involving the best minds among the literati as well as publications based on archives of prominent Russian writers and literary scholars. Famous for publishing selections from Russian writers prohibited during the Soviet period, Voprosy literatury continues to this day and enjoys much-deserved popularity among the Russian intelligentsia. 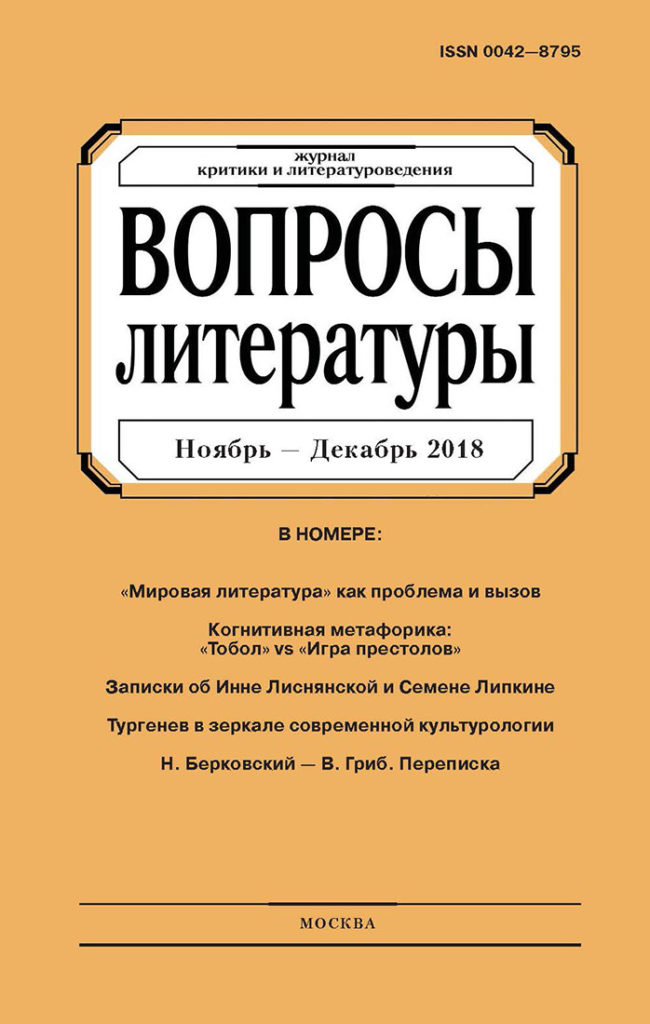 The Voprosy literatury digital archive contains the most complete set of the journal, comprising more than 16,000 articles.