Novaia gazeta (Новая газета, The New Newspaper) is a popular independent Moscow newspaper known for critical investigative reporting, working to expose corruption, abuse of power and violation of laws amongst the government and main financial structures of modern Russia. Launched in 1993, the newspaper has published under the title of Novaia ezhednevnaia gazeta (Новая ежедневная газета, The New Daily Newspaper) and Novaia gazeta ponedel’nik (Новая газета понедельник, The New Newspaper Monday). One constant, however, has been Novaia gazeta’s consistent reporting on a variety of contentious issues, including corruption and war crimes in Chechnya, human rights violations, persecution of LGBTQ+ activists, torture practices in Russian prisons, and murders of political opponents. Sometimes referred to as “Russia’s bravest media outlet,” Novaia gazeta has had several of its journalists assassinated in their line of work, including Yuri Shchekochikhin, Anna Politkovskaia, Natalia Estemirova, Stanislav Markelov, and Anastasia Baburova. More recently, the newspaper was recognized for its efforts to defend and promote free speech with the awarding of the Nobel Peace Prize to Novaia gazeta’s co-founder and editor-in-chief Dmitry Muratov.

Note: According to the newspaper’s website, as of March 28 Novaia Gazeta is “suspending the publication of the newspaper on our website, social media networks, and in print until the end of the ‘special operation on Ukraine’s territory’.” 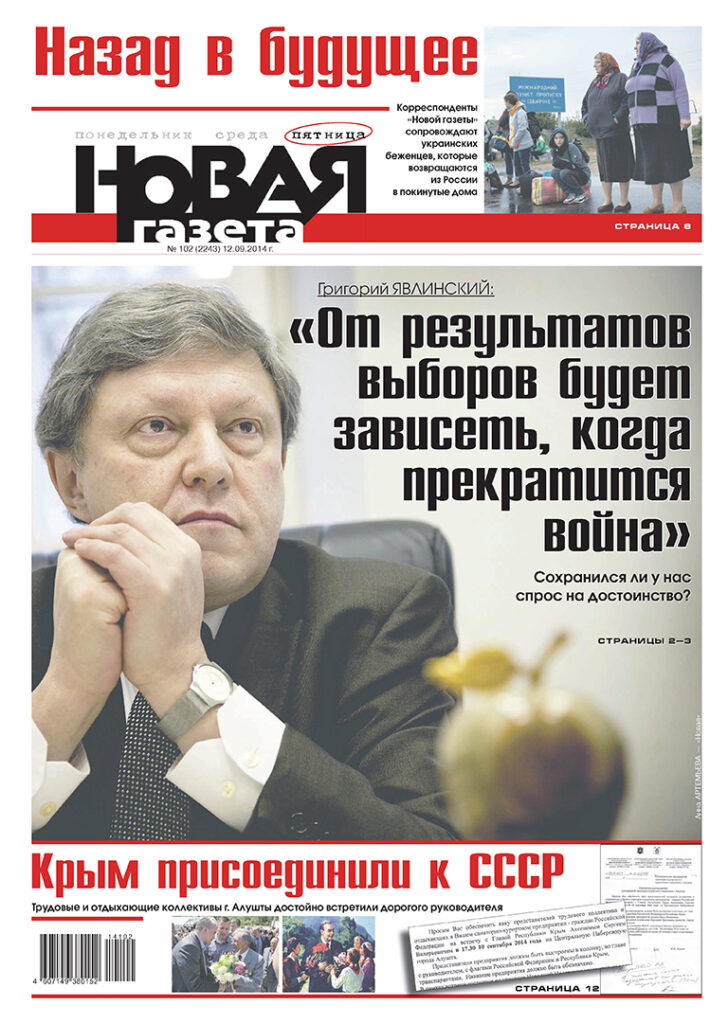 The Novaia Gazeta Digital Archive contains the most complete collection available for this title and features full page-level digitization, complete original graphics, and searchable text, and is cross-searchable with numerous other East View digital resources.

The Novaia Gazeta Digital Archive is a part of the East View Global Press Archive® (GPA), a groundbreaking program from East View Information Services to create the most comprehensive collection of digital news sources from around the world. GPA is the result of a landmark initiative of Stanford Libraries and the Hoover Institution Library & Archives to digitally preserve and make more accessible thousands of original print newspaper publications collected by the Hoover Institution and now housed by Stanford Libraries.