English-language daily from the publisher of The Yomiuri Shimbun

Launched in 1955, The Japan News is an English-language daily published by The Yomiuri Shimbun, a leading Japanese newspaper with one of the largest circulations in the world. Known by several different names during its history (Japan News, Yomiuri Japan News, The Yomiuri, The Daily Yomiuri), The Japan News adopted its current name in 2013 as part of a major revamp of the newspaper’s layout and content.

Established a decade after the end of World War II, The Japan News has witnessed and recorded dramatic changes in Japanese society during the Showa, Heisei and Reiwa eras. Over the years, Japan has undergone several major transformations, including rapid economic growth, the bubble economy and its collapse, and lingering recessions—all of which have been captured in the pages of The Japan News.

The newspaper’s mission is to promote international understanding of Japan by offering the latest and most reliable news about the country to a worldwide audience. The Japan News also prides itself on its high-quality translations of articles from The Yomiuri Shimbun as they give foreign readers a window into the Japanese world.

Drawing on The Yomiuri Shimbun’s extensive news coverage network, The Japan News is an excellent source of both domestic and foreign news in various genres, including politics, economy, sports and culture. 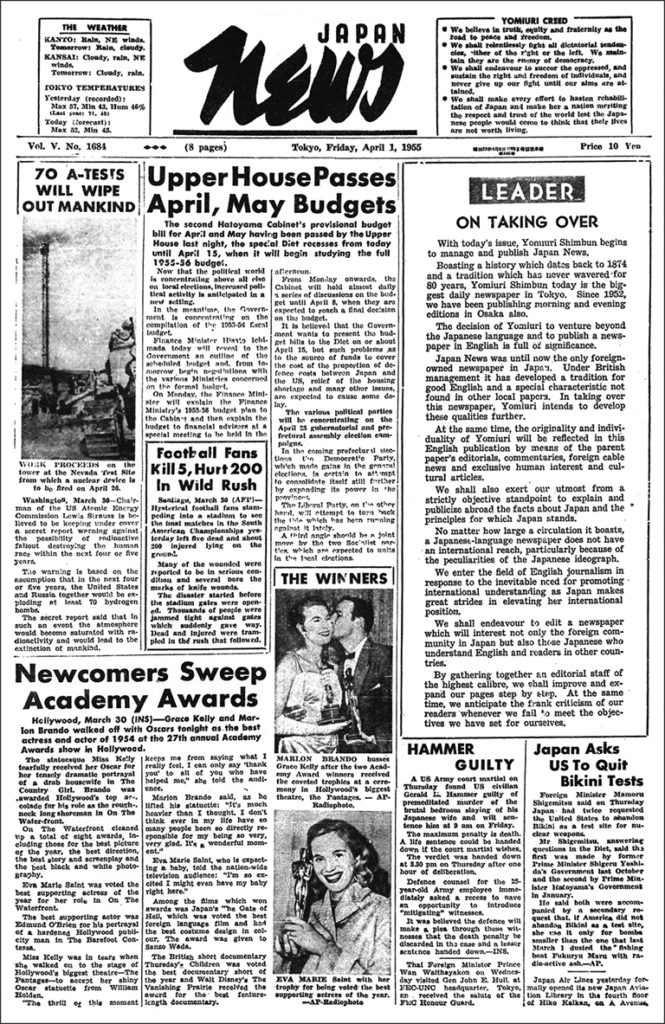 View our webinar on The Japan News Digital Archive

The Japan News Digital Archive contains all obtainable published issues from 1955 on, with an additional year’s worth of content added on an annual basis. The archive offers scholars the most comprehensive collection available for this title, and features full page-level digitization, complete original graphics, and searchable text.

The Japan News Digital Archive is a part of the East View Global Press Archive® (GPA), a groundbreaking program from East View Information Services to create the most comprehensive collection of digital news sources from around the world. GPA is the result of a landmark initiative of Stanford Libraries and the Hoover Institution Library & Archives to digitally preserve and make more accessible thousands of original print newspaper publications collected by the Hoover Institution and now housed by Stanford Libraries. Over time, GPA will present thousands of global newspapers as searchable online archives, covering a diverse range of languages and countries.