Founded in 1929 under the aegis of the Scientific-Research Institute on China, Problemy Kitaia (Issues in Chinese Studies) was pre-WWII Soviet Union’s preeminent scholarly journal dedicated to the social-scientific study of China until its closure in 1935. Coinciding with the setbacks suffered by the Chinese Communist Party during the height of the Civil War that ravaged the country in the late 1920s, the journal had come to see itself as an ideological bulwark at the service of the Bolshevik Revolution generally and the Chinese Revolution in particular. Its mission and trajectory were made clear in the first issue when the editors wrote that the principal aim of their publication was to provide “powerful assistance in the work of the theoretical defense of the Chinese Revolution … [and] become a unified platform for all Marxist-Leninist scholars of China who are busy waging a relentless campaign against [intellectual] currents hostile to Bolshevism.” Further, the journal’s editors declared, “being the theoretical organ of the militant Marxist-Leninist Sinology, our journal is called upon to render ideological aid to the Chinese Communist Party for the purpose of raising the general Marxist level of the movement, and for developing a Marxism-Leninism rooted in [and congruent with] Chinese realities.” To achieve its stated aims the journal was committed to the research and the analysis of economic, social, cultural, and political problems facing China from a distinctly Marxist-Leninist viewpoint and situated within a distinctly Chinese social and political environment.

Although the journal’s ideological commitments were never in doubt, it did not mean that it was restricted to producing Communist propaganda or apologia with limited scholarly value. Its historical and broader social-scientific studies of China were in many ways groundbreaking, existing ideological or thematic restrictions notwithstanding. Problemy Kitaia offers researchers a rare perspective of Russian-language scholarship on a critical period of China’s history as it underwent a range a social, cultural, economic and political changes. 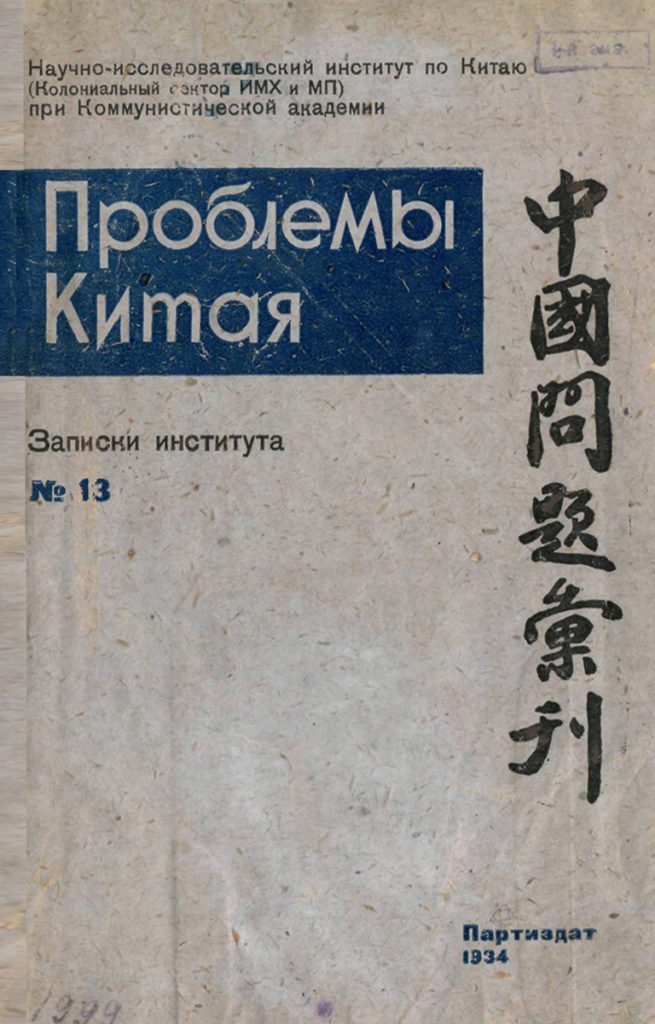 The Problemy Kitaia digital archive offers scholars the most comprehensive collection available for this short-lived, but important title, comprising 14 issues (some of them combined issues), 195 articles, and over 3,250 pages.

The Problemy Kitaia digital archive features full page-level digitization and complete original graphics. The journal is in Russian but includes tables of contents in both Russian and English. The archive has searchable text, and is cross-searchable with numerous other East View digital resources.