Established in 1899 and in continuous print until 1918, Ogonek first came on the scene as a weekly illustrated supplement to the influential St. Petersburg-based newspaper Birzhevye Vedomosti. Having posted impressive growth in readership, in 1902 Ogonek would chart an independent course, becoming a separate entity and attracting the period’s most notable journalists, photographers, literati and critics. With original reporting and photography, as well as commentary on popular culture, short stories and serialized novels, Ogonek (St. Petersburg) reflected the era, providing cues on the development and status of Russian society in the early 20th century, until its unceremonious closure by the Bolshevik revolutionaries in 1918 for propagating anti-Soviet views.

Although the magazine has the same name as the popular Soviet era weekly magazine Ogonek, their differences could not be more pronounced. Born in two different cities, (St. Petersburg vs Moscow), and in two different political and social realities, the only similarity between the two publications was their common name. 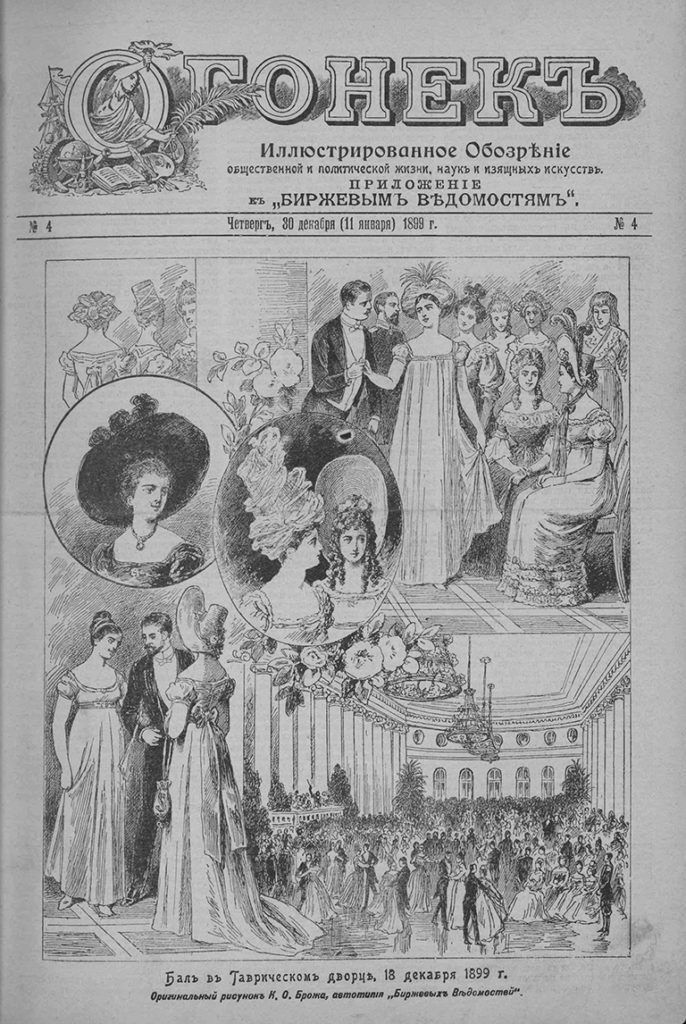 The Ogonek (St. Petersburg) digital archive comprises the entire collection of the journal, with more than 870 issues in total.

The Ogonek (St. Petersburg) digital archive offers scholars the most comprehensive collection available for this title, and features full page-level digitization and complete original graphics. The archive has searchable text and is cross-searchable with numerous other East View digital resources.

Note: Ogonek (St. Petersburg) was published before the Russian Revolution and was written using the pre-reform Russian orthography. To enable searching functionality, East View has designed the database with a special keyboard containing the old Russian characters.