The Ukrainian-language Za Vil’nu Ukrainu (За Вільну Україну, For a Free Ukraine) was founded in July 1990 in L’viv as an outlet of the Regional Council of Workers’ Deputies with the stated purpose of uniting national-patriotic forces and Ukrainian ideals. Its circulation peaked at nearly one half million, and it was distributed in Ukraine, Poland, Germany, France, Belgium, the US, Canada, Brazil, and Australia. Among the publication’s editors were V. Baziv, B. Vovk, M. Sirkiv, E. Kruchek, and B. Tokarskyi. 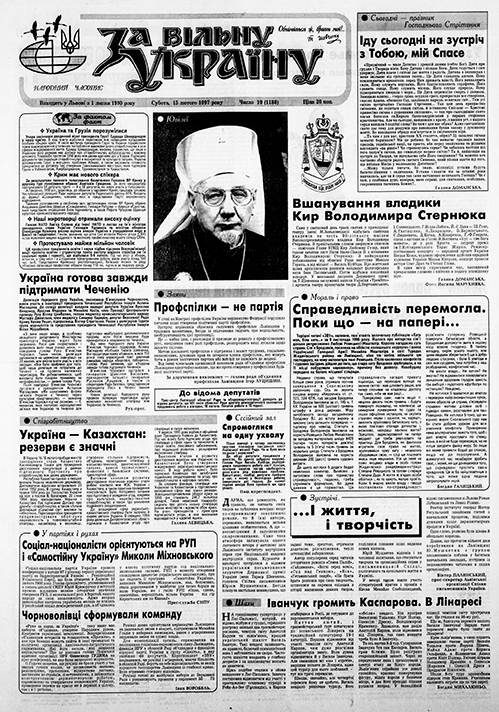 The Za Vil’nu Ukrainu Digital Archive includes all obtainable issues published from 1990 to 2006 and represents the most complete collection available for this title. The archive features full page-level digitization, complete original graphics, and searchable text, and is cross-searchable with numerous other East View digital resources.

The Za Vil’nu Ukrainu Digital Archive is a part of the East View Global Press Archive® (GPA), a groundbreaking program from East View Information Services to create the most comprehensive collection of digital news sources from around the world. GPA is the result of a landmark initiative of Stanford Libraries and the Hoover Institution Library & Archives to digitally preserve and make more accessible thousands of original print newspaper publications collected by the Hoover Institution and now housed by Stanford Libraries.