The Chernobyl Newspapers Collection includes three previously unavailable local newspapers — Prapor peremohy, Tribuna Energetika, and Trybuna pratsi — published in towns in the exclusion zone and its immediate vicinity. The newspapers Prapor peremohy and Trybuna pratsi provide researchers with an opportunity to explore the larger socio-cultural and historical context of the regions affected by the Chernobyl disaster. Tribuna Energetika, published under the aegis of the Chernobyl Nuclear Power Plant, provides insight into the everyday life of the power plant and the city of Pripyat. It includes coverage of the operation of the power plant, its construction and expansion operations, as well as the life of the community of workers and specialists stationed there. Together these three publications offer researchers unique access to important lesser-known primary sources from the era, providing essential information for study of the social background and history of the Chernobyl disaster. 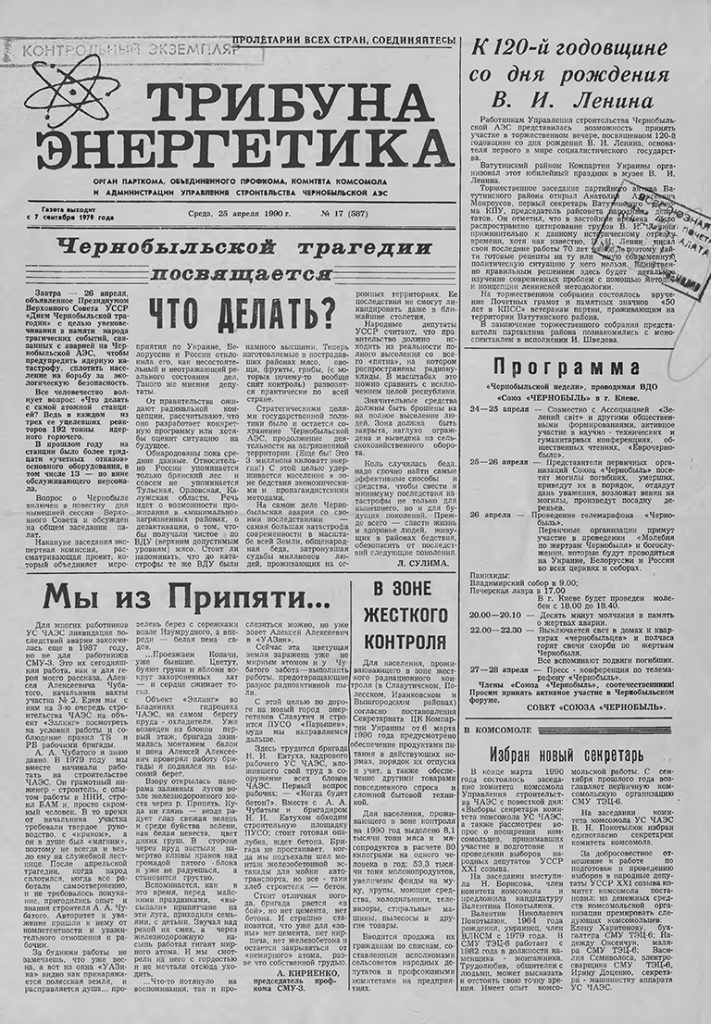 The Chernobyl Newspapers Collection offers scholars the most comprehensive collection available for these titles, and features full page-level digitization, complete original graphics, and searchable text, and is cross-searchable with numerous other East View digital resources.

The Chernobyl Newspapers Collection is a part of the East View Global Press Archive®, which is the result of a landmark initiative of Stanford Libraries and the Hoover Institution Library & Archives to digitally preserve and make more accessible thousands of original print newspaper publications collected by the Hoover Institution and now housed by Stanford Libraries.