Official daily newspaper of the Communist Party of Ukraine

Established in 1938 in Kyiv, Pravda Ukrainy (Правда Украины, Ukraine Truth) – originally Sovetskaia Ukraina (Советская Украина, Soviet Ukraine) – was a Russian-language Soviet Ukrainian daily and a newspaper of record, serving as the official organ of the Central Committee of the Communist Party of Ukraine and Supreme Soviet of the Ukrainian SSR. As such the newspaper was the Ukrainian Communist Party’s leading print media agent in the dissemination of the party’s opinions about politics, culture, economics and other important issues.

During the tumultuous years of WWII, when much of Ukraine was either occupied by Nazi Germany or was an active theater of war, the newspaper would move editorial offices to such cities as Moscow and Saratov in Russia, and Voroshilovgrad and Kharkov in Eastern Ukraine. Due to its generous endowment by the Party the newspaper was able to attract journalistic talent from the region, which would help raise its profile among the reading public. Until its temporary closure in 1991, as a consequence of its defense of the 1991 Soviet coup leaders, the newspaper remained faithful to its Communist ideological principles. Following the failure of the coup the newspaper was restarted with a new editor and a new editorial policy.

By the early 1990s Pravda Ukrainy had become the complete opposite of the original newspaper, having jettisoned its previous ideological commitments, and instead embracing democratic principles, independent journalism, and an unrestrained criticism of the government—stances that drove its popularity and growing circulation. Due largely to financial struggles the newspaper ceased publication in 2014. The Pravda Ukrainy Digital Archive is an important resource in tracing and understanding the ideological changes taking place throughout Ukraine from the period of its Sovietization to its post-Soviet democratization. 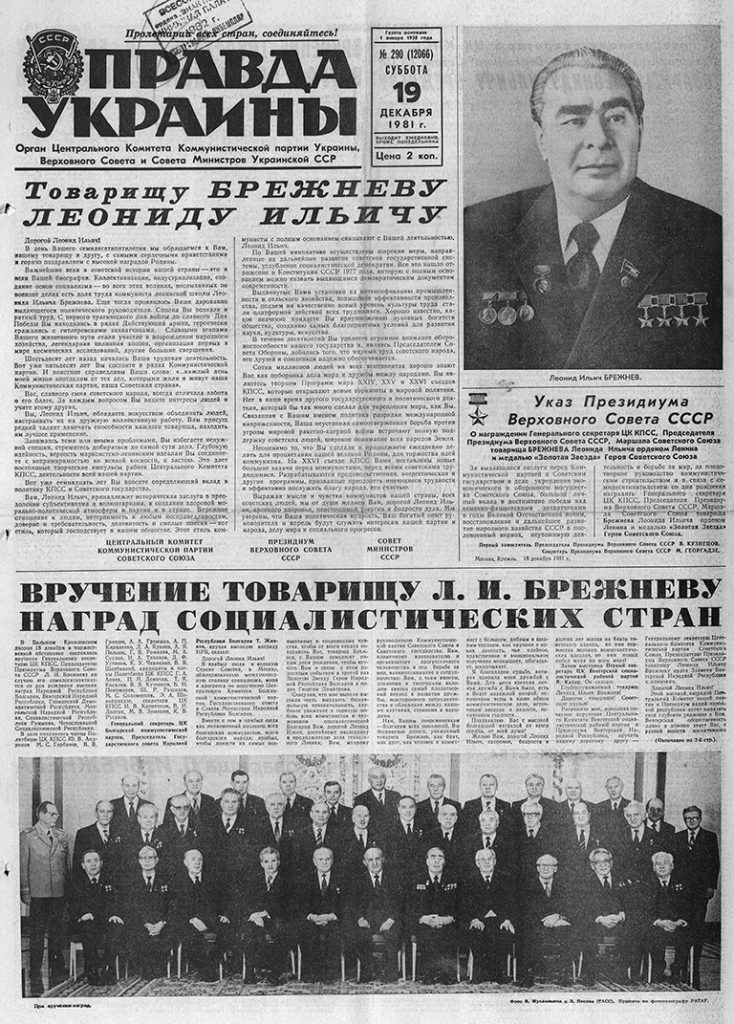 Access over 70 years of Ukrainian politics, news and culture

The Pravda Ukrainy Digital Archive contains all obtainable published issues of the newspaper from 1938 to 2014, totaling over 72,000 pages. The archive offers scholars the most comprehensive collection available for this title, and features full page-level digitization, complete original graphics, and searchable text, and is cross-searchable with numerous other East View digital resources.

The Pravda Ukrainy Digital Archive is a part of the East View Global Press Archive®, which is the result of a landmark initiative of Stanford Libraries and the Hoover Institution Library & Archives to digitally preserve and make more accessible thousands of original print newspaper publications collected by the Hoover Institution and now housed by Stanford Libraries.