A newspaper for Russian readers abroad

The Novoe Russkoe Slovo Digital Archive is a part of the East View Global Press Archive®, which is the result of a landmark initiative of Stanford Libraries and the Hoover Institution Library & Archives to digitally preserve and make more accessible thousands of original print newspaper publications collected by the Hoover Institution and now housed by Stanford Libraries. 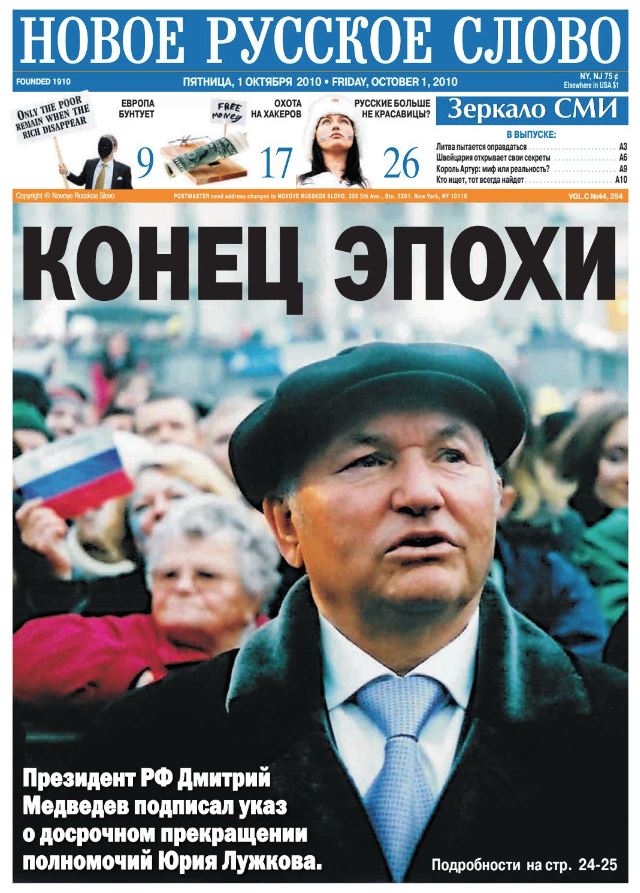 Novoe russkoe slovo grew in stature and popularity throughout the 1920s. Contributing to the growth was the increasing wave of émigrés, many prominent intellectuals among them, in search of better fortunes in Europe and the United States after the Bolshevik revolution. Writers and journalists such as A. Vetlugin, George Grebenstchikoff, Aleksei Fovitsky in the US and Ivan Bunin, Don Aminado, Arkady Averchenko in Europe, among others, became regular writers for Novoe russkoe slovo. Along with publishing émigré authors, the newspaper began republishing Soviet authors as well, connecting the information-hungry Russian community with the goings on in the far-off motherland.

Over time the newspaper introduced new features such as book and film reviews, modeling itself after publications in other immigrant communities as well as more mainstream publications such as the New York Times and the New York Herald.

Novoe russkoe slovo experienced its true height of popularity during WWII and the immediate aftermath. No longer counting on émigré writers and publicists, the community had begun producing homegrown talent who thought and wrote stylistically in a very different manner than their first-generation immigrant predecessors, with many of them cutting their journalistic and literary teeth on the pages of the newspaper.

The third wave of immigration from the Soviet Union in the 1970s brought with it a new infusion of talent into the New York Russian community. Novoe russkoe slovo, by then a recognizable and a reputable institution, became one of the beneficiaries of the changing immigrant scene. Positioning itself as the premier immigrant publication, and certainly the most sophisticated, it soon became a lively forum for a varied group of authors, both old and new, under the editorial leadership of Andrey Sedykh, the erstwhile personal secretary of Ivan Bunin, the famed Nobel Prize winner for literature.

Due to financial difficulties and other factors, Novoe russkoe slovo, the oldest Russian-language periodical in North America, ceased publication a century after it was first established, in 2010.