The official newspaper of the former German Democratic Republic

Established in East Berlin in 1946 as the official organ of the former German Democratic Republic, Neues Deutschland (New Germany) sought to instill socialist zeal in a country and city divided by ideology and a wall during the heyday of Communism. Once known as the “German Pravda” because it closely emulated its Soviet counterpart’s format and content, Neues Deutschland reported from the front lines of the Cold War with a socialist perspective that is virtually absent from today’s library e-content offerings. Neues Deutschland provided firsthand accounts of the 20th Century’s most momentous events from the Cold War’s epicenter—the establishment of the German Democratic Republic, the Berlin Airlift, the Soviet space program, speeches by Kennedy (“Ich bin ein Berliner”) and Reagan (“Mr. Gorbachev, Tear down this wall!”), the fall of the Berlin Wall in 1989, the reunification of Germany, and much more. Neues Deutschland endured through it all and continues publishing today as one of Germany’s national dailies, although its circulation, mainly in eastern Germany, is down from a 1980s zenith of one million. 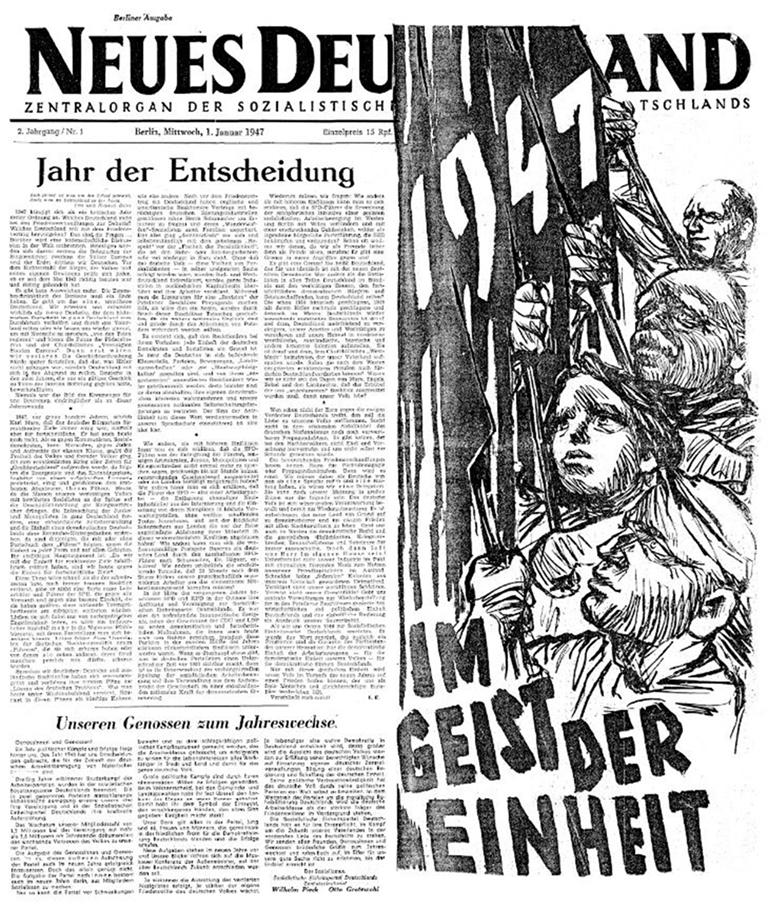 Access over 70 years of East German and German history

The Neues Deutschland Digital Archive contains all obtainable published issues from 1946 on, with an additional year’s worth of content added on an annual basis. The archive offers scholars the most comprehensive collection available for this title, and features full page-level digitization, complete original graphics, and searchable text.

The Neues Deutschland Digital Archive is a part of the East View Global Press Archive®, which is the result of a landmark initiative of Stanford Libraries and the Hoover Institution Library & Archives to digitally preserve and make more accessible thousands of original print newspaper publications collected by the Hoover Institution and now housed by Stanford Libraries.