From the producers of the LandScan™ Global Population Database, LandCast presents spatially explicit population projections for the contiguous United States for 2030 and 2050. This locally adaptive model projects an ambient population distribution at an approximately 1km resolution for each target year based on a business as usual scenario. 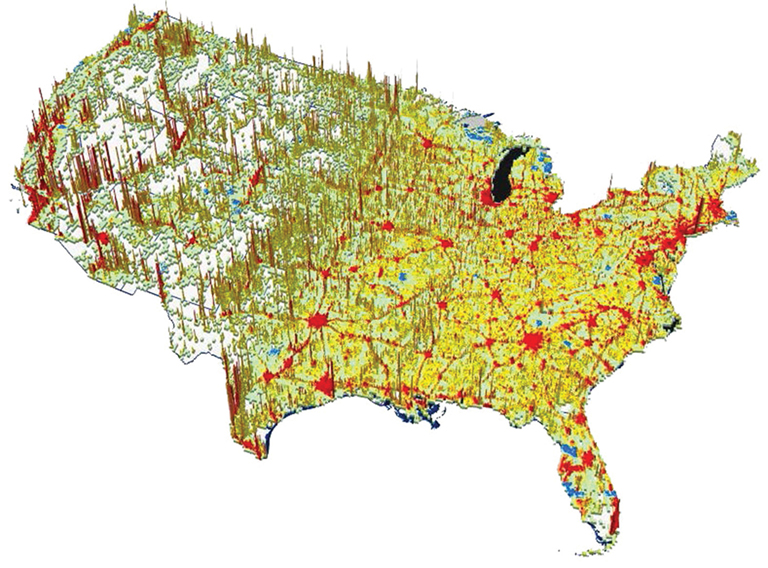 The LandCast models estimate the probability of a population being at a particular location, which measures where people will likely be in the future, not necessarily their places of residence. The LandCast data sets are an empirically-informed spatial distribution of projected population of the contiguous U.S. for 2030 and 2050 compiled on a 30” x 30” latitude/longitude grid. Projected census counts were apportioned to each grid cell based on locally adaptive likelihood coefficients, which are based on land cover, slope, road proximity, distances to larger cities, a moving average of current population, and other data sets.