The year 2018 marked the 100th-year anniversary of Voennaia mysl’ (Military Thought), generally regarded as the most authoritative military-theoretical journal in the USSR and subsequently post-Soviet Russia. Established in 1918, a year after the October Revolution, as Voennoe delo, it underwent several name changes before the editors of the journal settled with its present name Voennaia mysl’ in 1937.

Published under the auspices of Ministry of Defense, and directly subordinate to the General Staff, Voennaia mysl’ throughout its history has attracted military strategists and theoreticians from the top echelons of the Soviet and Russian military and its various branches, having become the topmost vehicle for the articulation of various Soviet and Russian military doctrines. Some of the most famous Soviet and Russian military strategists and generals whose works have appeared in the journal are Alexander Svechin, Mikhail Tukhachevsky, Ivan Bagramyan, Konstantin Rokossovsky, and others. Being a publication of highest importance, however, carried with it certain risks, especially in the early years of its existence. During the height of Stalin’s purges of the military in mid to late 1930s some of the military strategists whose works had appeared in the journal as well as several of its editors would be arrested and executed, having been accused of working for Nazi Germany and part of a purported “military-fascist plot.”

With the beginning of the Cold War access to Voennaia mysl’ became severely restricted with the covers carrying the classification stamp “For Generals, Admirals, and Officers Only.” The journal would remain classified until 1989. Due to the classified nature of the journal it became nearly impossible to find, thus achieving somewhat of a legendary status among Western scholars, military analysts, and experts on Soviet military strategy. Largely through the efforts of East View in 1990, the journal again became accessible to scholars and analysts in the West and particularly in the United States. 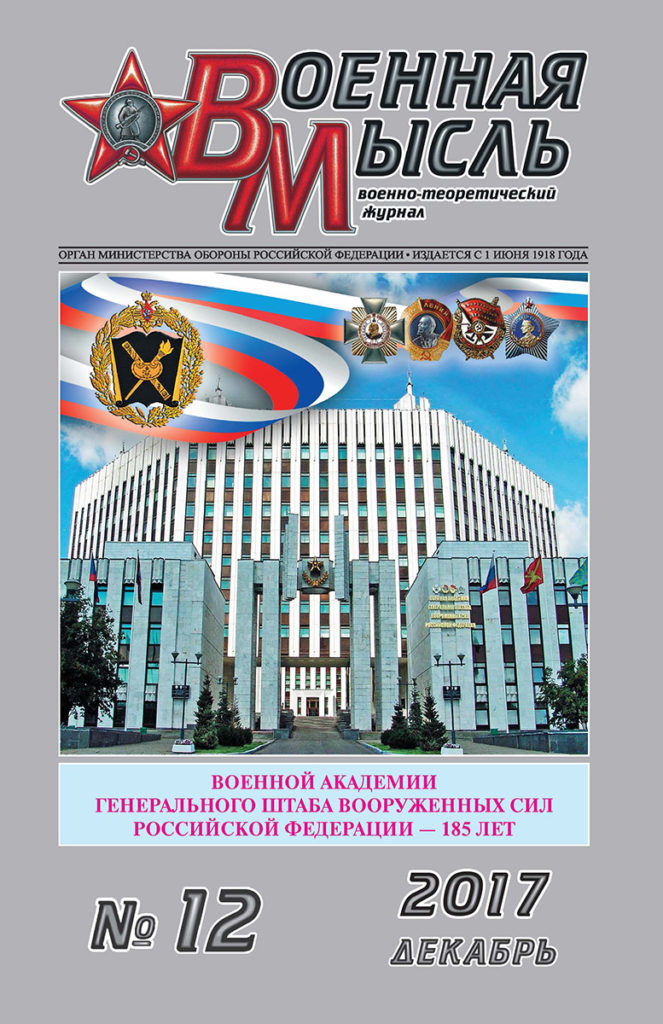 The Voennaia Mysl’ Digital Archive, developed by East View, contains the most complete set of the journal from the very first issue, comprising more than 1,000 issues and over 13,000 articles.

The Voennaia Mysl’ Digital Archive offers scholars the most comprehensive collection available for this title, and features full page-level digitization, complete original graphics, and searchable text, and is cross-searchable with numerous other East View digital resources.