A Russian Journal of Military Theory and Strategy

The elite military journal known in Russia as Voennaia Mysl’ was founded in 1918 and has been classified for nearly 70 years. Since 1992, East View has published the English translation of this journal as Military Thought. A unique source of information on the development of Russian military theory, Military Thought offers articles on Russian military reform, tactics and strategy of modern combat, and counterterrorist and security operations.

As an organ of the Russian Defense Ministry, the journal’s contributors are top military personnel and leading lecturers from Russian military universities and colleges. Military Thought publishes studies on the experience of modern war (especially local wars and armed conflicts), and includes pieces devoted to the methodology of military science, art and development, as well as special branches of natural and engineering sciences. Special attention is paid to the operational training of the army, the moral and psychological training of military personnel, and the education and legal support of the Russian military establishment. 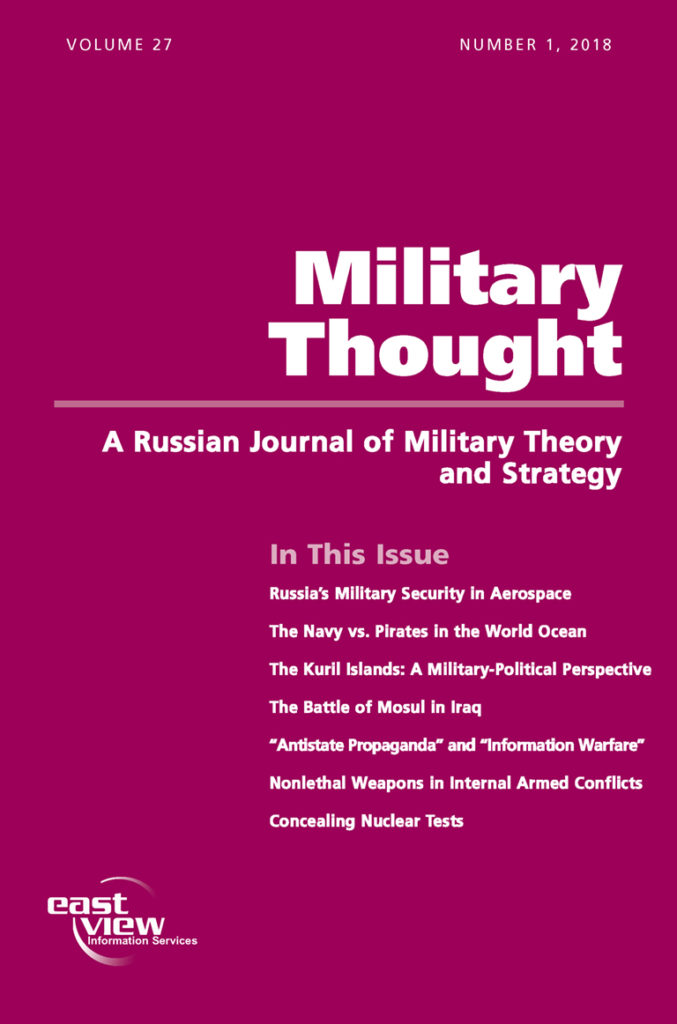 The Military Thought digital archive, developed by East View, contains the most complete set of the journal from the very first issue, comprising more than 150 issues and over 2,750 articles.

The Military Thought digital archive offers scholars the most comprehensive collection available for this title, and features full-text articles, with full page-level digitization and complete original graphics. The archive has searchable text, and is cross-searchable with numerous other East View digital resources.

For current year subscriptions to Military Thought, please contact us or visit eastviewpress.com.