The most important historical journal in Soviet Russia

Krasnyi arkhiv was published in Moscow from 1922 until June 1941 first by the Central Archives of the USSR and later by the Central Archival Administration. The proclaimed goal of this journal was to reveal the secrets of diplomatic documents hidden in the archives of Tsarist Russia and to regularly publish important archival papers “for the education of the proletariat.” These included official documents of the political police department, diaries and personal correspondence of the highest political figures (members of the royal family, top officials of the Tsarist Russia, etc.) The complete set of Krasnyi arkhiv contains more than 900 unique archival documents on the history of Russia in the 19th and 20th centuries, development of the Bolshevik movement and the Russian communist party, the Russian civil war, Russia’s foreign policy, and the history of Russian endeavors in Siberia, Central Asia and Kazakhstan. The journal also includes literary-historical materials, such as 16 publications on Alexander Pushkin, 12 publications on Fyodor Dostoyevsky, 14 publications on Leo Tolstoy and numerous other materials on famous Russian classical writers and literary critics. 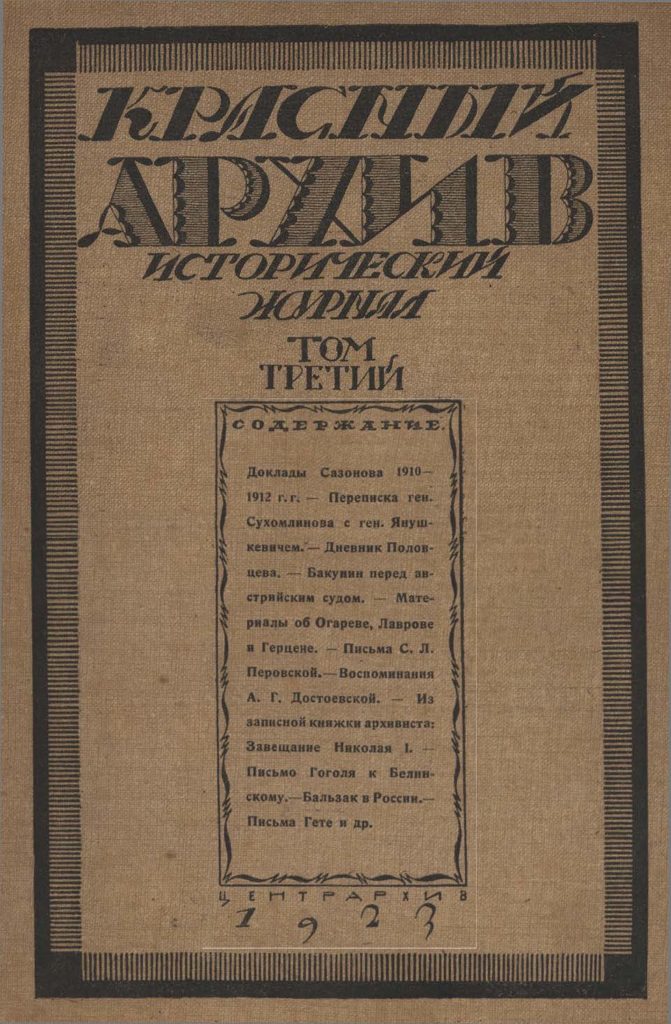 The Krasnyi Arkhiv Digital Archive comprises the entire collection of the 106 published issues, completely digitized for the first time (1,180 articles and more than 23,000 pages).

The Krasnyi Arkhiv Digital Archive offers scholars the most comprehensive collection available for this title, and features full-text articles, with full page-level digitization and complete original graphics. The archive has searchable text, and is cross-searchable with numerous other East View digital resources.