Founded in 1990 by the government of the Russian Federation, Rossiiskaia gazeta is a Russian newspaper of public record based in Moscow with 13 regional offices, and foreign bureaus in the US, France, the UK, Germany and elsewhere. Boasting a nationwide circulation, the newspaper covers domestic and foreign news, economics, culture, sports, and governmental affairs. As an official newspaper, its editorial policy reflects the government’s policy on any given issue, although it also frequently publishes commentaries and opinions that differ from official government positions. The newspaper also features interviews with influential Russian politicians, business, and cultural figures. 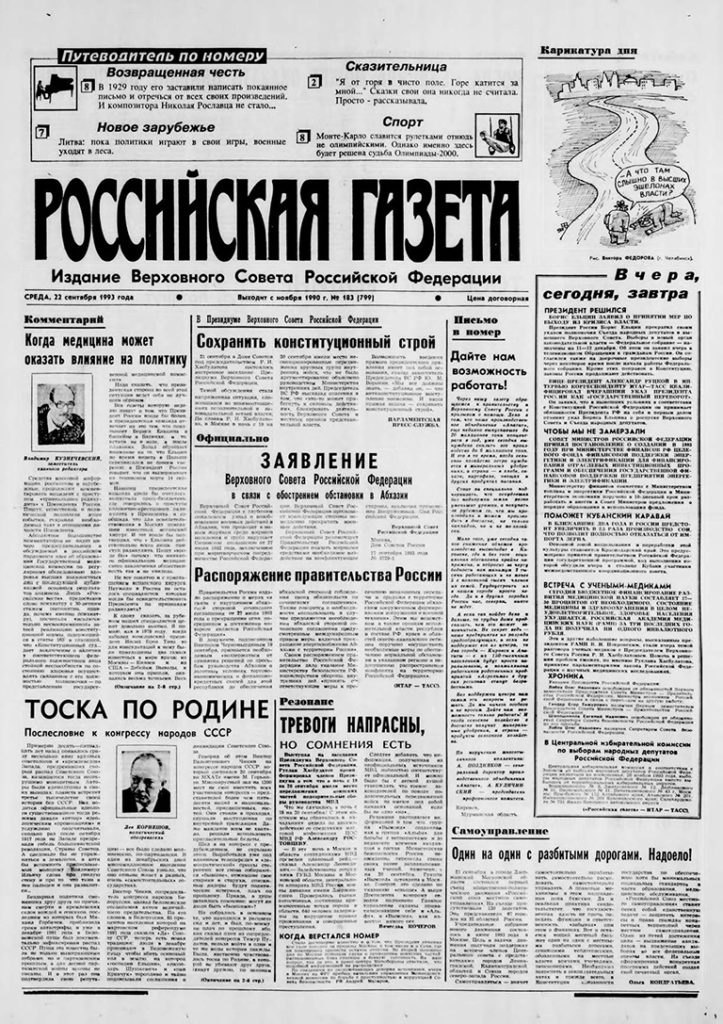 Access over 25 years of Russian government, economics and culture

The Rossiiskaia gazeta digital archive contains all obtainable published issues from 1990 on, with an additional year’s worth of content added on an annual basis. The archive offers scholars the most comprehensive collection available for this title, and features full page-level digitization, complete original graphics, and searchable text, and is cross-searchable with numerous other East View digital resources.

The Rossiiskaia gazeta digital archive is a part of the East View Global Press Archive®, which is the result of a landmark initiative of Stanford Libraries and the Hoover Institution Library & Archives to digitally preserve and make more accessible thousands of original print newspaper publications collected by the Hoover Institution and now housed by Stanford Libraries.